The extended month of February in Ocean City, Maryland is truly exciting and innovative. With the month encompassing all the deals and specials celebrating FeBREWary Craft Beer Lovers Month, can you believe there is more still? The final Leap Day Weekend hosts Shore Craft Beer: Love on Tap Craft Beer Festival, & Shore Craft Beer is hosting beer bloggers from around the country. These individuals will be taking in the Eastern Shore experience and of course, the craft beer, to then go back to their respective audiences and recap their Love on Tap Weekend adventures.

So you know who to expect when you see the bloggers at LOT events like, Brewers, Bloggers, & Beercations Round Table Talk at Ocean Downs Casino, Liquor Before Beer Pre-Party at Seacrets, or the Love on Tap Craft Beer Festival, here are some bios on our bloggers: 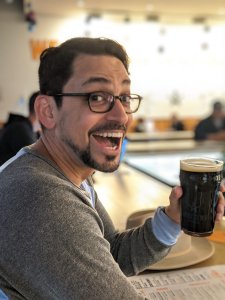 Richard Fawal is a 30-year veteran of political, policy, and business communications and founder of Junto Media, producing podcasts for individuals, businesses, and non-profits.

A homebrewer and craft beer lover, Richard began podcasting about breweries in 2017. In January 2019, Junto Media took over publishing responsibilities for DCBeer.com, a beer blog founded in 2009 to help Washingtonians find the best beer available in bars and restaurants.

Richard loves every kind of beer. His preferences migrate from sours to lagers to brown ales and porters — with plenty of IPAs along the way. He stops by a brewery almost every day and revels in the fact that they’re all unique. Just like beers, no two are exactly alike.

In the year since he took over DC Beer, Richard has expanded DC Beer’s brand and developed productive relationships with brewers and restauranteurs across the D.C. metropolitan region. In 2020, DC Beer will release new products and services to help local craft beer fans to find the beers and events they need, get the news and information they want, and connect to the breweries they love. 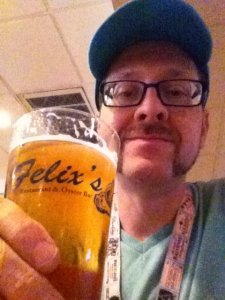 Blair is from Elkins, West Virginia. Blair’s father worked for Koch’s Brewery delivering kegs to local bars. He grew up with a lot of local “craft” beer in the house. Later, he graduated to Canadian beers, because “they were obviously better tasting.,”says Blair. Finally, in the mid 1980’s he discovered the first true craft beer in decades, Anchor Steam Ale. From there he launched myself into trying every single beer he could find. Luckily, there was a store in his area which had a huge import section which allowed hime to taste the vast variety of styles produced around the world.

Later, Blair has tried home brewing, and began blogging about alcoholic libations 12 years ago. He thought his perspective would be interesting on the new craft products that have been released over the past decade.

Blair now lives in Syracuse, New York and is a professional full-time musician for over 20 years.

Some facts about Blair:

Blair can be found on his personal page on Facebook & GoodSpiritsNews.com. 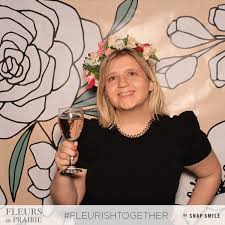 Alyssa is the author and creator of BeautyLovesBooze.com. Alyssa used to do a local events for a major craft brewer and worked in the alcohol industry for brands like Four Roses, Moët Hennessey and Fernet Branca. She is from Westchester County, New York. Alyssa says she has too many favorites among craft beer, but, “I’m really digging Industrial Arts.” A great brewery in Alyssa’s view, “Besides great beer, it’s important to have a great story behind a brewery and the love of labor from all the employees.”

Alyssa can be found at  beautylovesbooze.com

You may also see her content on Liquor.com’s Drinkwire and WhereNYC

Some more Bloggers to be on the look out for: