Love on Tap Craft Beer Festival has morphed into a weekend of craft beer related events. LOT Fest is on Leap Day, Saturday, February 29th; one of the many happenings for the weekend that straddles both February and March. The kick-off to the public events of Love on Tap Weekend is the Brewers, Bloggers, & Beercations Round Table Talk on February 28th, 5:30pm.

The Table Talk will be at Ocean Downs Casino in their event room. During the TALK, the bars will be open for audience members to sip some local craft beer, but space is limited. This is a FREE event however, tickets* are needed. Entrants must obtain a ticket here. There are only 600 tickets to be given out. In other words, first come first serve. 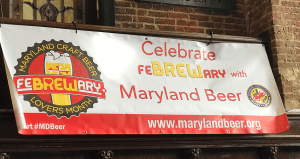 BB&B Round Table Talk will be moderated by, Richard Fawal – from Junto Media & DCBeer.com. Some great people joining Richard will be:

The panel will discuss what is HOT in craft beer today and:

With such different perspectives of how craft beer has changed their lives, careers, and community, the conversation should be lively. After that, the audience will be able to ask questions of the an individual or the group. 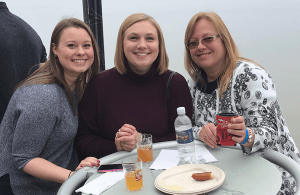 The Round Table Talk will be a check-in spot for Shore Craft Beer’s new app. Checking in to the event will give participants the opportunity to win prizes. The app is a new version of the app Shore Craft Beer previously had. The new app will incapsulate many more features to help craft beer lovers discover craft beer all over Delmarva, track the beers that they enjoyed so they can purchase them when the return home, and win prizes all from businesses all over the peninsula.

Brewamisu– Poseidons take on the classic Tiramisu. Made with lady fingers soaked in Evolution Lucky 7 Porter and mascarpone cheese. 7

The new version of the app was made possible in part from a grant from Rural Maryland Council. 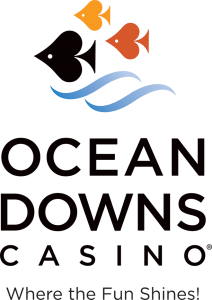