If you aren’t marketing to Craft Beer Lovers, You are Missing the Boat 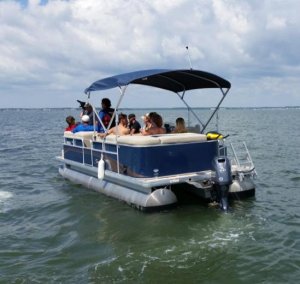 GET ON BOARD TODAY!

According to the significant amount of feedback we received on the most recent Shore Craft Beer Summit, people are pretty energized about the possibilities for the region going forward.

Craft Beer is a Growing Industry on the Eastern Shore and we at Shore Craft Beer are working with other local leaders to make the Shore a Craft Beer destination! We want more bars and restaurants to carry craft beer. We want breweries to sell more craft beer. And, we want more hotels to offer craft beer packages so people can come to our area and sample the world class beer offered by our 21 breweries while they enjoy the world class beauty the Eastern Shore has to offer.

Craft Beer is an industry that has been growing exponentially since 1985. 1.3 new breweries are added EVERY DAY IN THE UNITED STATES. 1/3 of all craft beer is consumed by Millenials (of legal drinking age.) Imagine when all the Millenials can legally consume craft beer! This is not a fad.

15% of all craft beer is consumed by women. Anecdotally, 40+% of the patrons in our local breweries are women. While women may not drink as much craft beer as men, they certainly like craft beer. There is literally a craft beer for everybody, whether you like light and refreshing with a low alcoholic content or dark and flavorful with a high alcohol content, or anything in between.

Craft beer also complements foods. The trend is to pair your food with craft beer, cook with craft beer, and enjoy craft beer before dinner, with dinner, and even after dinner. More bars and restaurants are beginning to recognize how valuable it is to serve craft beer, not only because it satisfies their customers growing taste for locally sourced and produced dining experiences, but also because it increases revenues.

Ocean City and the rest of the Eastern Shore already are home to 21 breweries. More are coming!

If you are interested in learning more about craft beer and this growing trend, please contact us.

Join our newsletter:
Advertise on our Site:
Add brewery packages (hotels and lodging businesses)
Add craft beer to your bar or restaurant
Just get more information.