It may occur to you the next time you step into a taproom, that the standard pint 16-ounce “shaker” pint glass so closely associated with drinking a beer in America is not what’s being filled at the tap. Tulip glasses, stanges, snifters, flutes, Imperial or Nonic pints, pilsner glasses, thistle glasses, Spiegelau IPA glasses, weizens, mugs, TeKus, tasters and goblets are just a few of the styles you’ll find being filled with delicious brews. But why the different glasses? Isn’t it all going to the same place? As per usual, there is a science and an art behind the various affectations that make up craft beer culture. 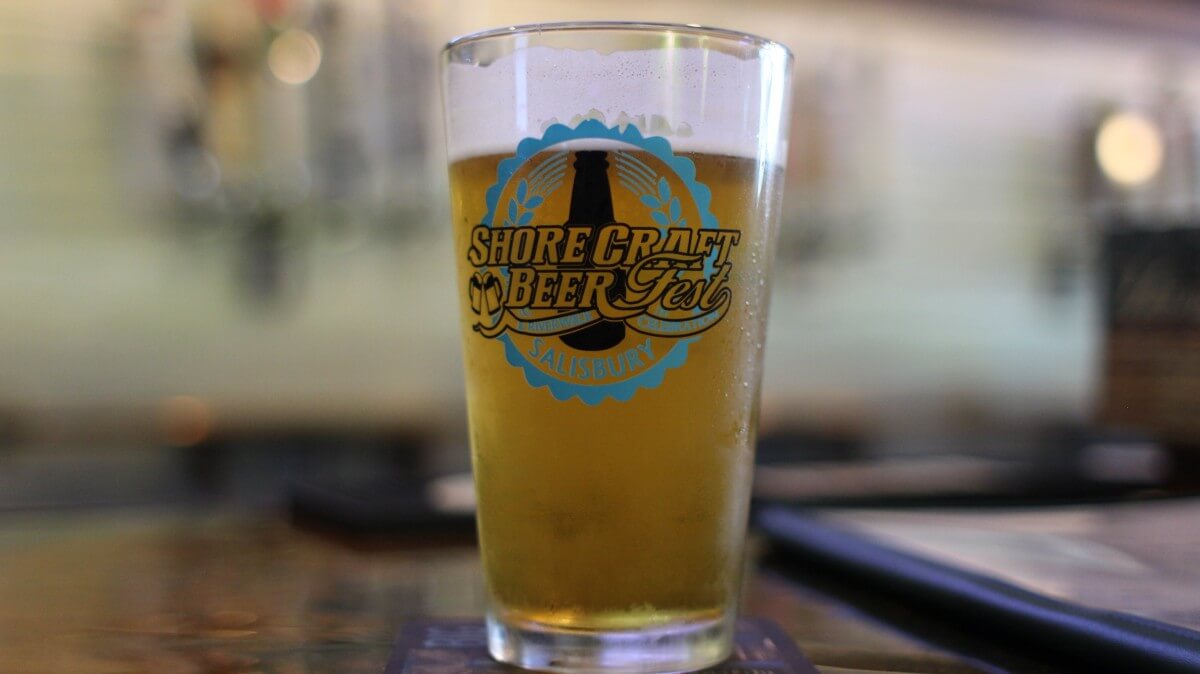 To start with the obvious, the shaker pint is the most  used glass in bars across the country. It is durable, quick to clean, easily replaceable and inexpensive. Unfortunately, it is also the worst type of glass to drink a beer out of, according to my research. The glass was initially conceived and still is used as half of a Boston cocktail shaker, but during the years immediately following WWII it rose to greater prominence for use with beer. The mighty beast of Prohibition had forced the better breweries out of commission (at least the theory states), and as a result, the quickly churned out manufactured beer was nothing to write home about; the shaker glass with its expendable and space saving stacking nature fit the bill for the swill’s consumption. It also had the added benefit of creating a standard for how much beer should be in a serving.

The problem with the glass begins with its straight diagonal walls and wide-open brim that let all the carefully conceived aromas escape. It also doesn’t make provision for retention of head when poured, which is something I have noticed in my experience. They also warm quickly, as the walls are thin and due to the shape, and it is necessary to hold it with the palm, which exudes a good amount of heat. You can serve or be served any variety beer in this glass. (Not that you should.) 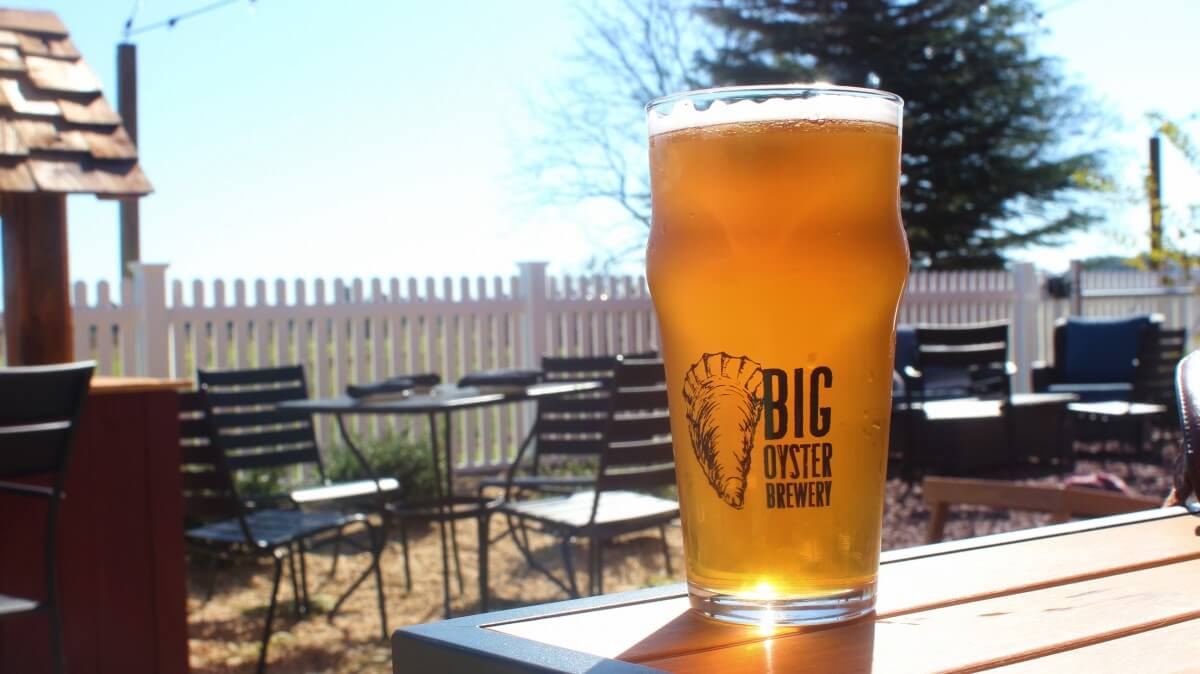 Imperial or Nonic pints are similarly stackable but have a bulge near the rim. The bulge allows for a better grip, less sticking between glasses and support for the rim (literally no-nick). The curves of the glass are far less dramatic than some of the other preferred vessels, but the shallow shape makes cleaning easier and less likely to result in shattering. Unlike the American pint, it’s a 20-ounce glass, making it good for beers with a decent amount of head. However, like the American pint, you can drink just about any beer out of it. British ales and lagers like pale ale, India pale ale, amber/red ale, brown ale, porter, milk stout, oatmeal stout and Scotch ale work particularly well. 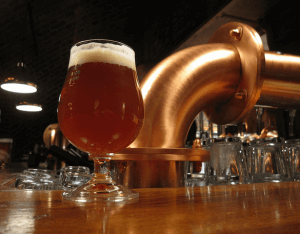 Tulip and thistle glasses (also known as Belgian glasses) seem to be having their hay-day right now. These are glasses that are made for those obsessed with the scented notes in beer. The shape of the glass (a thistle is basically an elongated tulip) is designed to trap and maintain the foam head. This helps enhance the aromas and flavors of hoppy and malty beers. Like a snifter or gilbert, they have a stem and footer, but also feature a “tulip” top with an outward-curving rim that keeps the head from escaping. The stem also allows for a unique grip that encourages swirling to further release the aromatics. Since smell is the name of the game here, it is best used with beers heavy on malts and hops. Fortunately, there are plenty of brews that fit the bill including Belgian strong ales, Belgian dark ales, barleywines, double or Imperial IPAs, Belgian IPAs, Belgian pale ales, farmhouse ales, Flanders red ales, lambic beers (fermented through exposure to wild yeasts and bacteria), saisons, American wild ales, or Scotch ales. 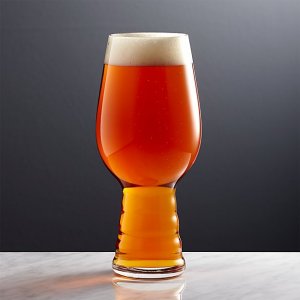 The Spiegelau glass or IPA glass is a recent addition to craft beer culture. Created by Sierra Nevada and Dogfish Head, this ingenious invention accommodates any and all IPAs, and does it well. It features ridges around its stem that aerate beer as you drink it. The result is a constant release of aromatics. The tapered bowl and slender shape force those aromatics directly toward your nose. They also may be etched to assist in the consistent release of carbonation. As IPAs are my favorite beer, this is by far my favorite glass. It looks cool, feels cool and enhances the entire experience of drinking your favorite craft draft.

Stanges aren’t something I’ve come across, but I imagine the more the industry grows, the more likely it is I’ll see some popping up in my favorite taprooms. “Stange” means pole or stick in German, and that’s exactly the shape it recalls when you see it. It’s long and slender with no tapering and a sturdy bottom; it is almost interchangeable with a Tom Collins glass. This glass is typically reserved for delicate brews as it concentrates soft hop and malt aromas and preserves carbonation. Suggested pours would include kölsch, bocks, lambics, gose, Czech pilsners, rye beer, altbier and rauchbier.

A classic pilsner glass is tall, thin, conical and tapered from the base leading to a wider rim. It’s normally a 12-ounce pour, but 14-ouncers aren’t uncommon either. Pilsner glasses are preferred for lighter beers because they are aesthetically pleasing. The clarity and bubbles show through the thin glass. It should also be noted a “true” pilsner glass has no curvature. The wider rim allows it to retain head and keep the aromas directed below your nose. Obviously, the preferred beer is pilsner, but it also works for most any pale lager or ale, bocks or blonde ales. 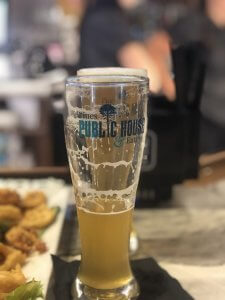 Weizens are often used for pilsners, but they are their own category of glass. These are the lengthy, curvy glasses and are widespread in their use. Like a pilsner, they are meant to show off the color of the beers they contain, but the curvature of their design is meant to lock in the banana and clove aromatics that are signature of the weizen style beer. Its tall nature also allows plenty of space for head.

A weizen glass also holds a whopping half liter of beer in comparison to its 12-ounce pilsner cousin. The shape traps the sediment that can often be found in this style. Weizen glasses are suited to, as the name implies, dunkelweizen, hefeweizen, kristalweizen, weizenbock and wheat ales. There is a tendency for bartenders to put some kind of citrus on the rim, but politely decline. It will dissipate and spoil the head and block the innate aromatics.

Flutes are probably the fanciest and most “beer snobbish” of the lot. They are long and narrow, ensuring that carbonation doesn’t disappear quickly. Like weizens and pilsner glasses, they showcase carbonation and sparkling color often found in their preferred pairings. Often stems will be shorter than traditional champagne glasses. The release of aromatics is very upfront and intense from this type of glass. They are best used with champagne-based beers such as a brut IPA, but ciders are also a great choice. You can read about rosé ciders here. 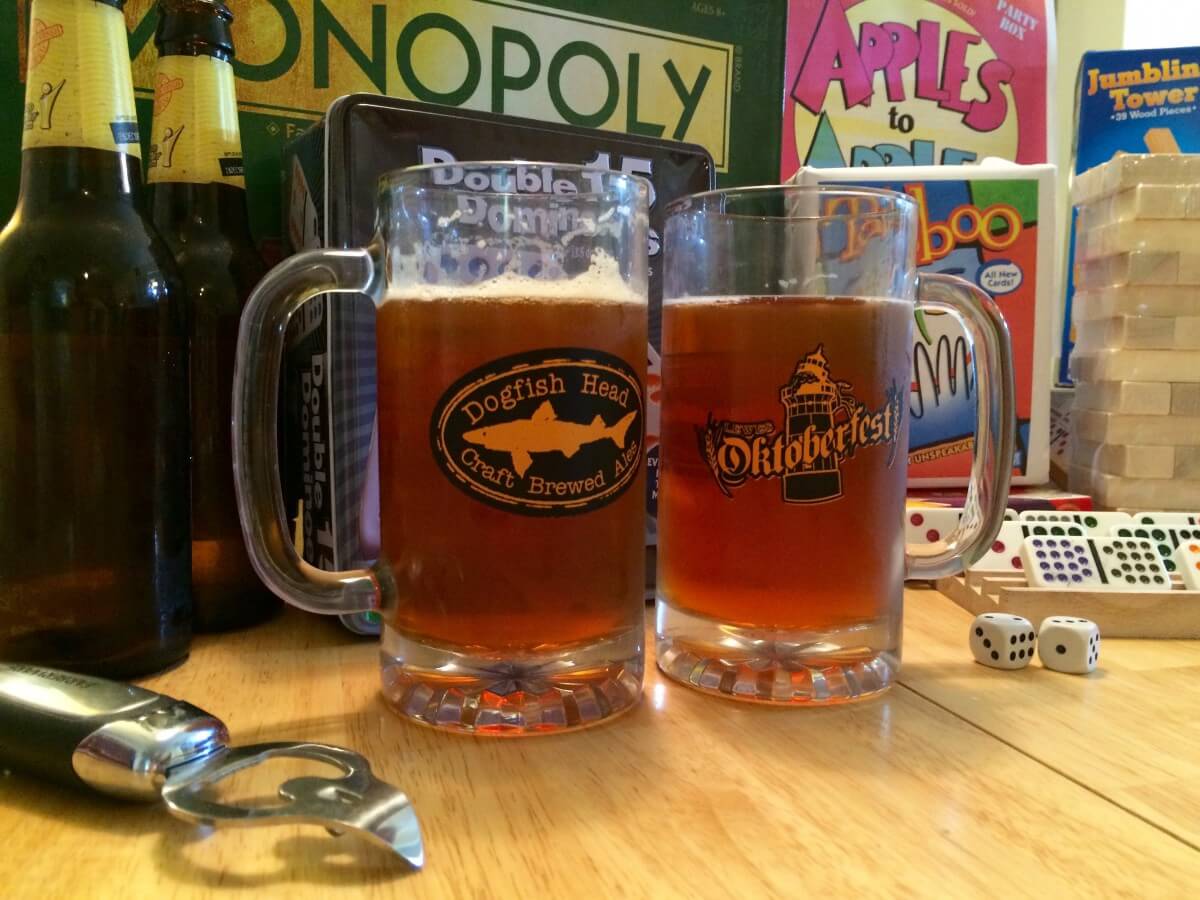 When I think of drinking in a pub in Europe, I think of a beer mug. While they vary in size, they are generally large, sturdy and can hold a lot of beer. They feature handles which both makes them easy to hold onto but also avoids heat transfer from your hands. The glass is thick and insulates beer well to keep it cold. Some feature dimples, but this seems to be a generally aesthetic choice. You can use this mug for a multitude of brews including English, Irish or German style, but American pale ales, oatmeal stouts, Scottish ales, Irish dry stouts, English bitters, and light to medium lagers work well.

A stein is a variation on a mug but is made of stone or ceramic materials that are usually highly decorated and has a lid. (This harkens back to the Middle ages during the Black Plague when they used the lids to prevent flies dropping into their beer.) 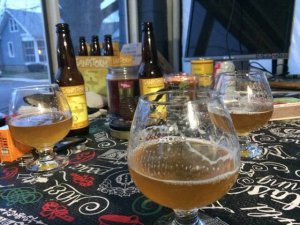 Brandy and cognac drinkers will be no stranger to the snifter glass. It’s short, fat and wide bowled with a concave rim. The volume varies for these unique vessels, but they typically hold less than a normal pour since they are made for distinctly strong or sweet beers that aren’t sessionable. As with brandy, this is a glass made for swirling. Its bulbous shape traps and enhances aromatics. These are perfectly aligned with sipping and fully tasting what you’re drinking. Barleywines, double or Imperial stouts, double or Imperial IPAs or strong ales work here. 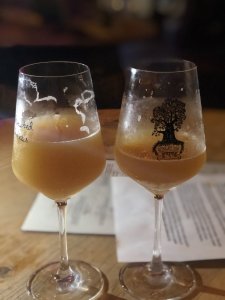 TeKu glasses are the crème de la crème for beer geeks. Originally made in Germany by Rastal, this attractive glass sports an angular body with a top that’s smaller than the base, trapping the aromas. It has a long, thin stem, making it look like a wine glass and giving it a good grip without transferring body heat into the beer. Lastly, it has a lip around the rim that curves outward, making it conducive to rolling out of the glass nicely onto the tongue and enhancing the flavors. It is, in my opinion, one of the coolest glasses out there. It works best with hoppy ales like IPAs, pale ales, fruity sours and saisons as it accentuates malts and spices well. You could serve just about any beer in this, but avoid very strong ones as the amazing retention of the scent can overwhelm. 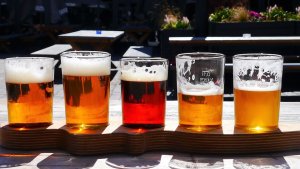 Lastly, there are tasting glasses. These you usually find lined up for a flight if you’re stopping by a brewery to get a full spectrum of their products. Tasters are handy at home if you’re trying several beers at once. They usually run about four ounces and are small, and can be just about any shape, but usually are straight walled and rimmed. These are the chosen glasses for most festivals. Since tasting and sampling is their purpose, any beer can be used. They’re made for quick drinking, are light and are generally made of glass, but plastic is also common.

It’s crazy to think that since I started my craft beer journey a decade ago, I had no idea about the art and marriage between the glass and the beverage. All of these glasses are widely available for purchase and can be found online as well. The next time you go to a bar, restaurant or brewery, check out what kind of glass your beer comes in. Now that you know what glass goes with what brew, see how it affects your experience. And, hope you don’t get a shaker pint.