Welcome to  Shore Craft Beer overview of all the cool craft beer happenings for the week of January 11th, 2021  This will be your guide so pack up and start exploring the Shore’s craft beer scene. 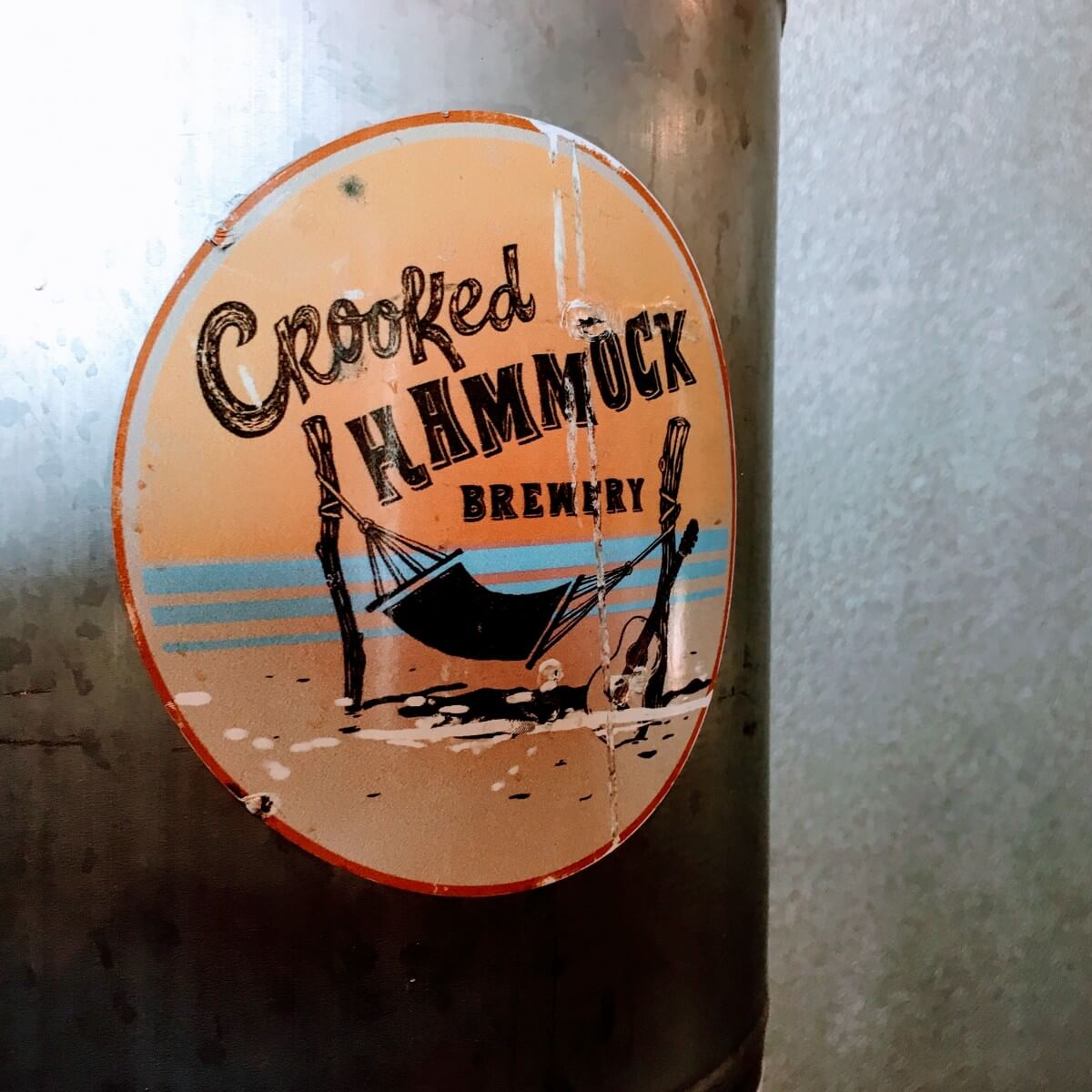 At Crooked Hammock Brewery in Lewes, they’ve got an exciting new release this Saturday!

“A package from the skies has arriveed.

Just over a week til the release of our @mugandspoonco collab in Lewes & Middletown!

You’ve had their coffee and milkshakes, but you’ve never experienced them quite like this. In this decadent, coffee-and-coconut-forward dessert brew, two parallel universes collide. Vacation is a mentality, sometimes we never make it back…

PRESALE IS LIVE (link in bio) or click here: https://bit.ly/380KBde

Presale pickup from Sat. the 16th to Wed. the 20th

Once presale sells out, a limited number of cases will be available on site for purchase on the day of the beers release”
Photo Credit: Oceancity.com 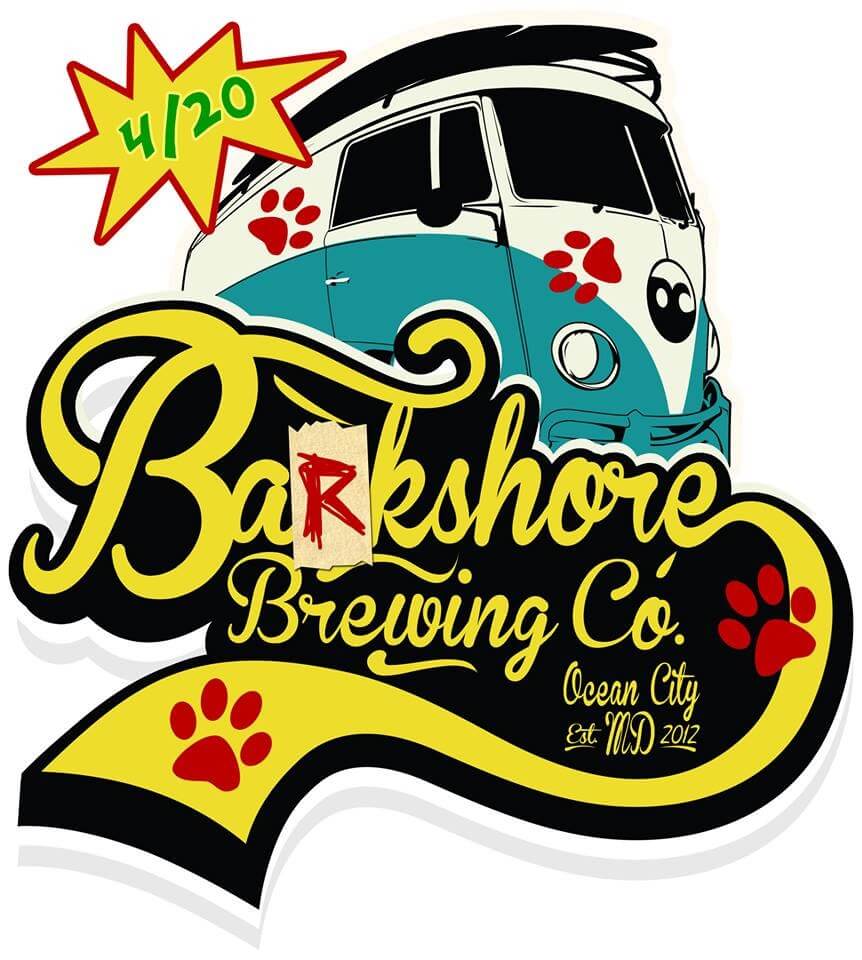 At the Backshore Brewing Co. in Ocean City, “We’ll be open Saturday and Sunday from 12-5 so swing on by and watch some foosball and drink our beer! We’ll have our small menu of Wings, Pizza, Pretzels, Hot Dogs/Chili Cheese Dogs, and Nachos available, and we’ll be using hammerheads inside tables and TVs. Please remember to socially distance and be respectful of those around you 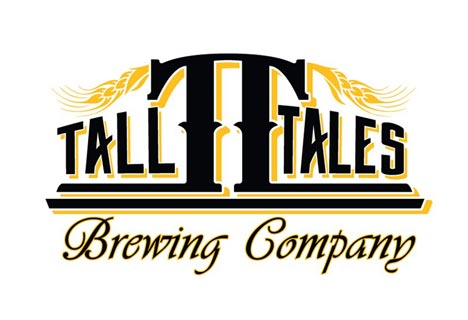 At Tall Tales Brewery in Parsonsburg, they have a great brunch lineup for the weekend of 1/31!

“Join us for the Re-release of Mimosè, our mimosa inspired kettle sour gosè. And a special brunch to go with it. See you there! 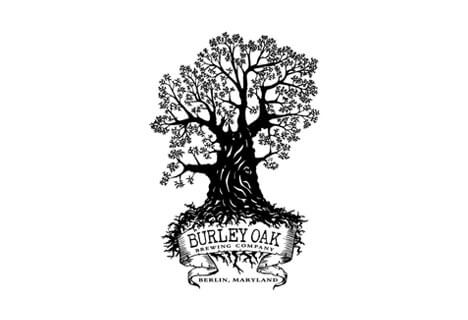 At Burley Oak in Berlin, they have a cool new release, and many upcoming this month!

“Blueberry Banana Coconut J.R.E.A.M., Collab with @flyingfacility
We conditioned our J.R.E.A.M. base on hundreds of pounds of jammy blueberries, tropical banana, and creamy coconut. This ale is the perfect balance of sweet and tart, and is incredibly refreshing. The banana and coconut create a velvety smooth mouthfeel, with a jammy, delicious blueberry backend.
$20 per 4pack
Available this Friday, 1/15 at 11am; no preorders, walk up only.” 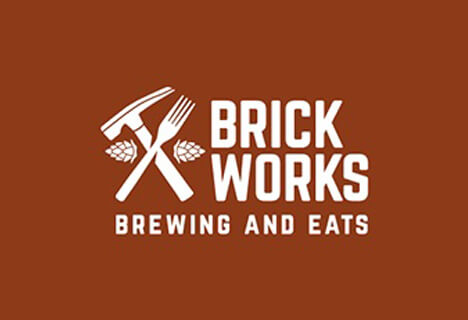 At Brick Works Brewing and Eats in Millsboro and Smyrna, they have new hours! 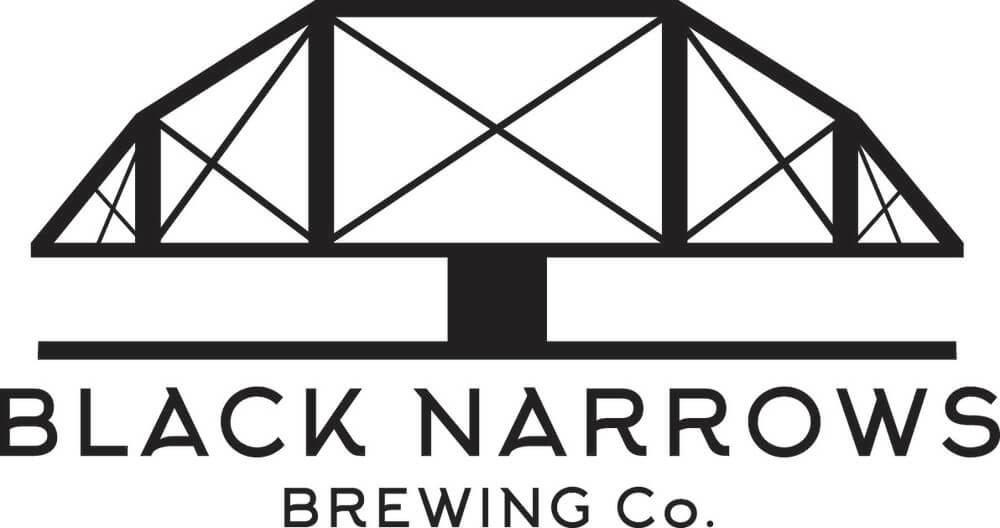 At Black Narrows Brewing Co. in Chincoteague, they have some new hours and policies to report!

“Moving forward, the taproom will remain closed and we’ll stick with to-go/curbside only. We want to keep our team and our customers as safe as possible while we all navigate this winter. Don’t worry though, we’ll still be brewing like crazy and dropping special releases often. For now we’ll be open for to-go beers on the front porch Fridays + Saturdays from 1-8pm.

As always, we’re so grateful to be a part of this amazing community, and are so looking forward to sharing beers together as soon as we’re able. Cheers friends.” 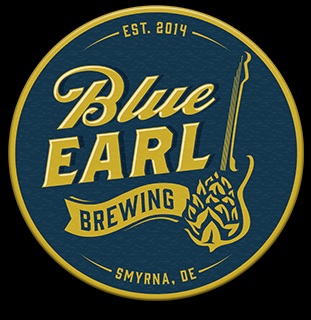 At Blue Earl Brewing in Smyrna, they released a new beer on Thursday, 1/14!

9.5% ABV
Notes of orange and lemon with a hint of white pepper and clove.
Available at the brewery today Thursday, January 14 at 12 noon, and going out to stores in Delaware next week!
6-Pack/12oz. $14 (one case limit)
Only 36 cases available at the brewery!”
#blueearlbeer #stardust #brewforyoursoul 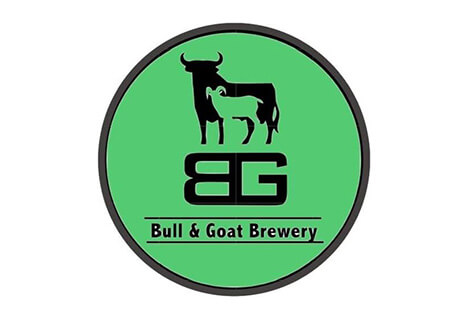 “We have the pleasure of unleashing a new beer that we have been sitting on for over a year. It started life as a soured pale, rested on raspberries, the transferred to a Meritage barrel and married to an imperial Porter for no less than 8 months. Then …out of that and into a rye whiskey barrel for 4 months. Now it is on tap, and ready for consumption. It starts out with soured plums and berries and transitions into chocolate, cocoa, with port wine finish. This one does not wash away , but rather lingers for a bit. Clocking in @ 8.2% this is most def a winter ale. Cheers 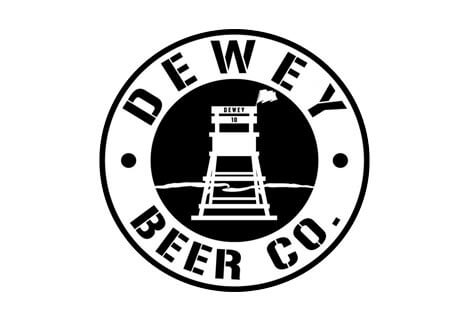 At Dewey Beer Co. in Dewey Beach, they have a new can release, too! Woo hoo!

7% Fruited Sour
Tastes like a sweet strawberry cloud with vanilla icing. Brewed with over 100lb of Angel Food Cake Cans are available only at Dewey Beer HQ in Dewey. $19/4pack

**Also of note. Off Season specials have started**
Happy hour is 3-6 Monday thru Friday and all day Sunday and includes 25% off all appetizers, $3 beer of the day and $2 off wine and cocktails
Friday Night Burger Night: $3 off all Burgers and a rotating weekly special
Free Parking in all of Dewey Beach
Open 12pm-9pm daily. Saturday 11am-9pm
Check out www.deweybeerco.com/beer for all of our can and crowler availability updates.
All can releases are going to be surprise drops. Once we can start gathering again we’ll be able to reassess. We’ll be holding off on preorder until that time as well. We appreciate all the understanding and support! 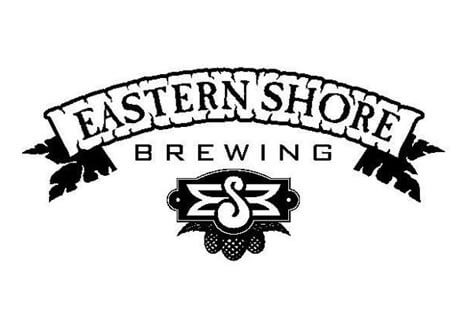 At Eastern Shore Brewing in St. Michaels, they have something delicious brewing (pun intended)!

“2020 Winter Warmer is now on tap and in 6 packs! An Imperial Amber 9.9% aged in VT maple syrup and Buffalo Trace whiskey barrels for 1.5 years with dark cherries, Madagascar vanilla beans and cinnamon.” 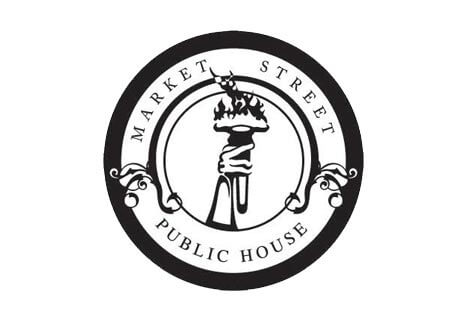 At Market Street Public House in Denton, they’re having a cool photo contest!

“Take your most creative photo in front of The Pub. ( The judge is a 10 year old little girl )

-The best Facebook posted photo wins a Pub $50 gift certificate and increases to $100 if 100 likes or shares.
-Contest ends the day of the next Denton Town Council Meeting” 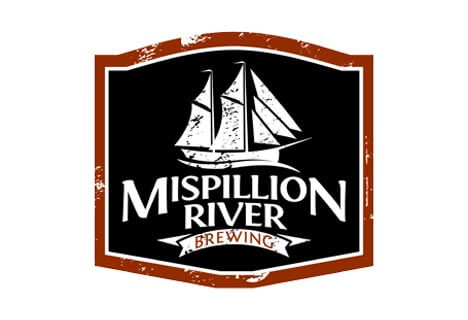 At Mispillion River Brewing in Milford, they have a new release and some cool changes to their beer garden!

Bathtub Gin Belgian Pale Ale is on draft at the brewery! A pale ale using Citra and Mosaic hops and a Belgian yeast!
Yes, Claus is holding a MugClub mug and the membership is for sale now. $85 per person and $70 for alumni!
Yes! Jeremy is photobombing this picture!” 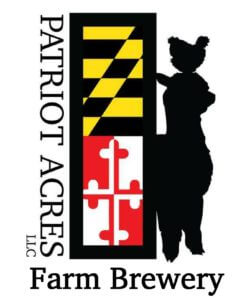 At Patriot Acres Farm Brewery in Sudlersville, they’ve updated their hours. You can also “check our EVENTS page and most recent posts for Tap List, Food Trucks, and Entertainment** If “Patriot” offends you, we probably aren’t for you

Our business hours for both the farm and the brewery are Thursday 4-8, Friday 4-8, and Saturday and Sunday from 12-6 unless otherwise noted. Any other visits or sales need to be scheduled in advance. We appreciate your understanding.” 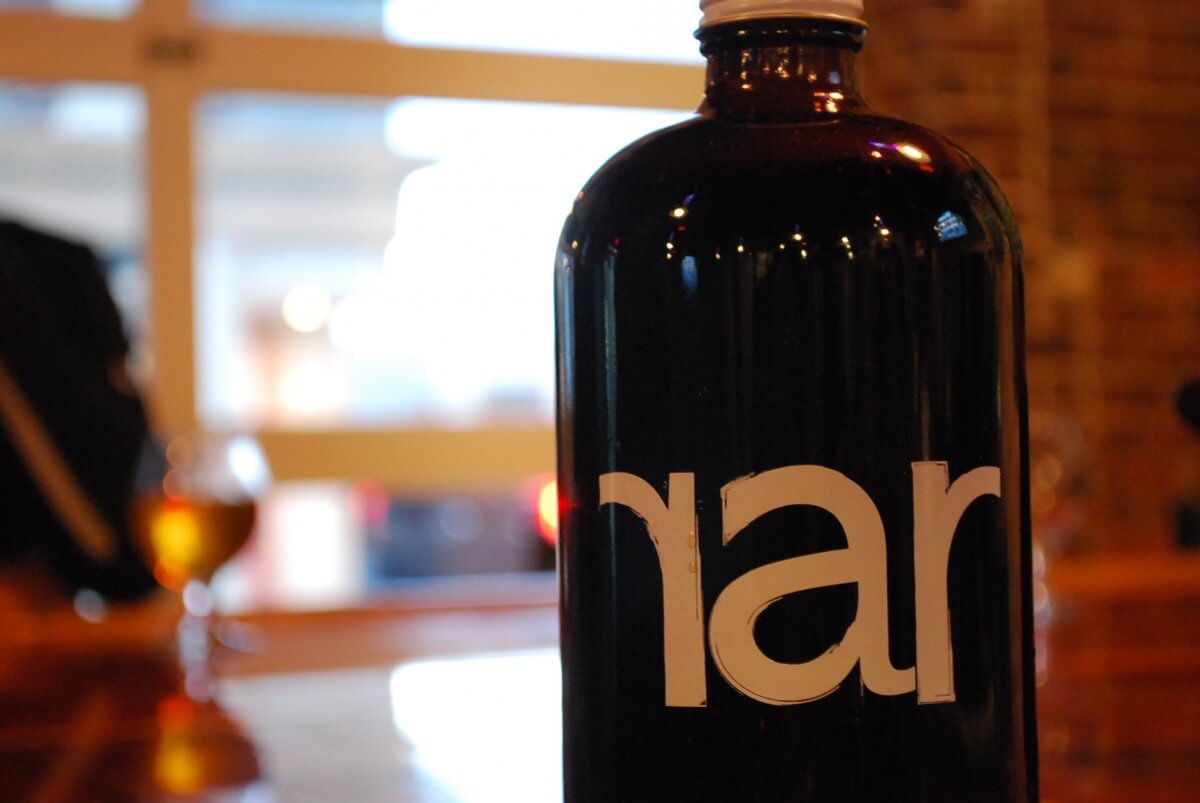 At RaR Brewing in Cambridge, they have a great pack for you!

“This months pack. Available for presale this Friday 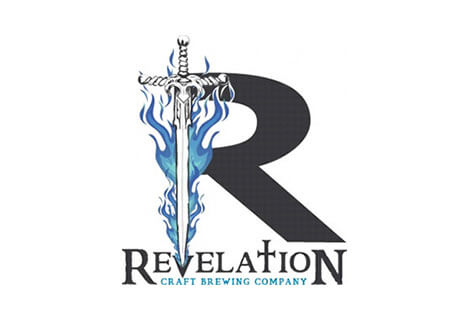 At Revelation Craft Brewing Co. in Rehoboth Beach, they have a cool new brew alert to announce!

“The Brews Brothers are enjoying our NEWEST RevBeer on Tap! We are calling it Iron Sharpens Iron IPA

6.8% ABV – 59 IBU
By Rubbing two iron edges together they become sharper making them more efficient in their task. When working as a team we can strengthen each other in the same way. This West Coast IPA was created by our Newest Team Member/Brewer Don. It features classic Centennial and Cascade Hops in the kettle and a double dry hop consisting of Amarillo, Chinook, Simcoe and Citra. Tropical and fruity with a clean Finish!
Cheers 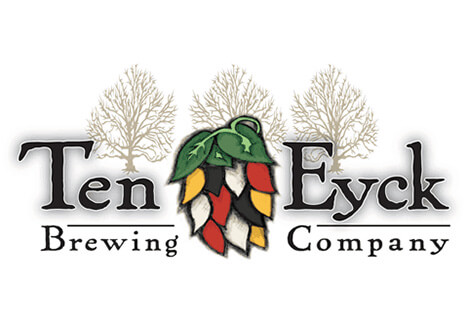 “That’s right! Looking at you, Talbot, Caroline and Dorchester folks! Order your Rise

#eatlikeahuman goodies and pick up at the brewery on Fridays!” 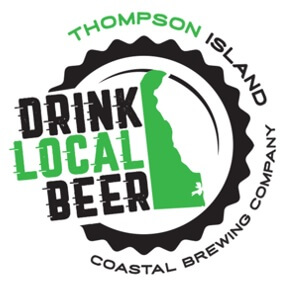 “Join us for brunch this Saturday and Sunday! 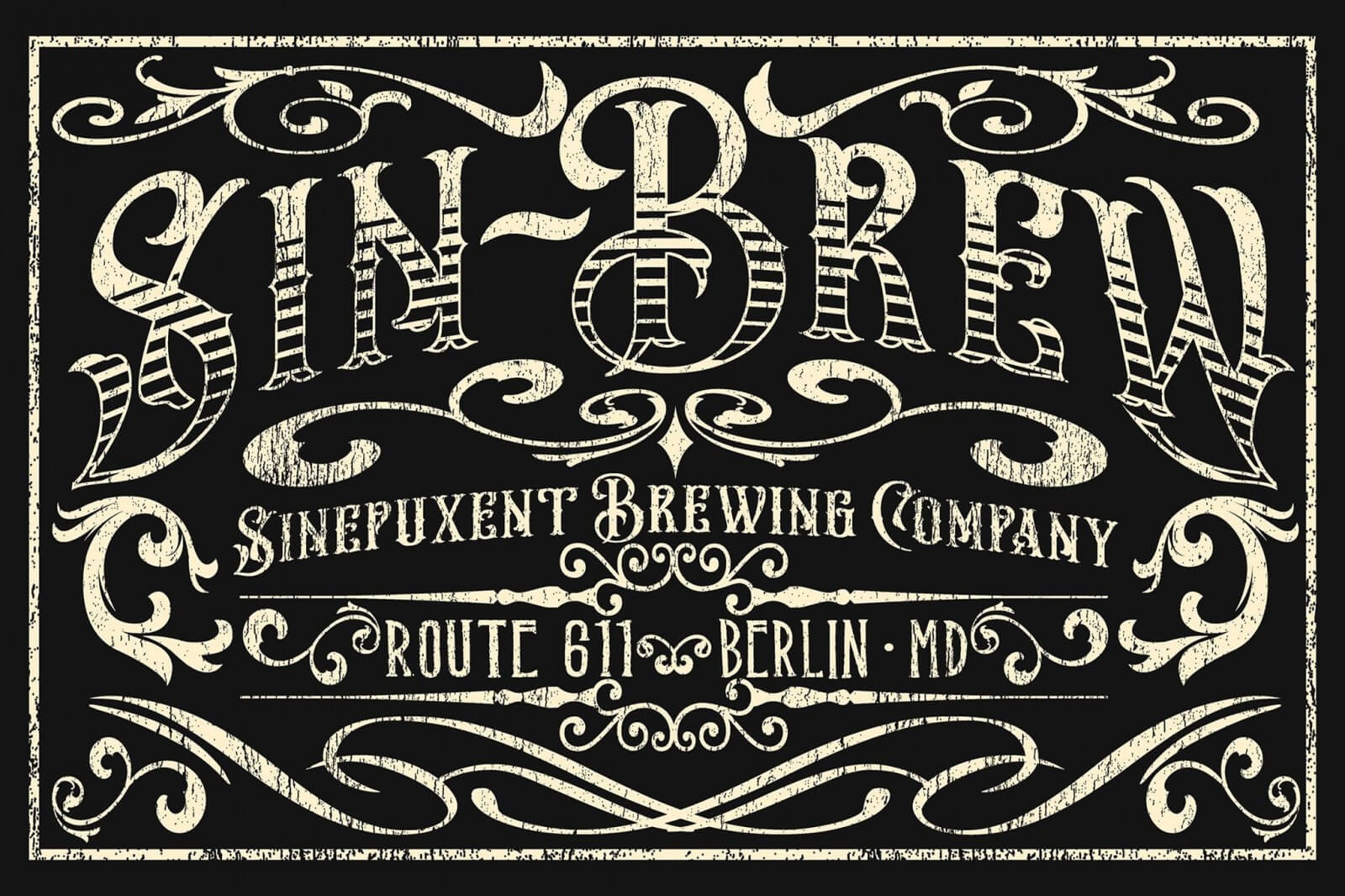 At Sinpuxent Brewing Company in Berlin, they’ve got some great weekend events!

“Get up close and personal w/ Bob Wilkinson on Saturday at 2:00! Bring a chair. Carpool. Uber. Ride a bike. 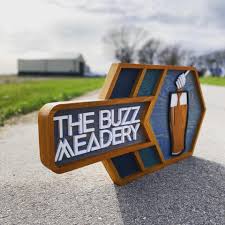 At The Buzz Meadery in Berlin, they are open for limited hours this weekend!

Jack Bradley is a contributor to Oceancity.com and ShoreCraftBeer.com and works as an Academic Counselor at Delaware Technical Community College. He assists students with academic advisement, teaches first year seminars, manages the food pantry, and serves as advisor for the Alpha Zeta Kappa Chapter of Phi Theta Kappa, the Community College Honor Society. An English major at the College of the Holy Cross, Jack has always loved to write and is grateful for the opportunity to be a contributor to this site. He received an an M.B.A. from Clark University and an Ed.D. in Educational Leadership from the University of Delaware. When he is not working or writing, he can be found out and about in Ocean City and surrounding towns, enjoying the amazing attractions they have to offer.