My fiancé and I recently started watching a show called “Hot Ones” (created by Christopher Schonberger and produced by First We Feast and Complex Media), that involves celebrities going through a gauntlet of eating wings with various (10) hot sauces of increasing Scoville levels. (The Scoville scale is a measurement of the spiciness or “heat” of chili peppers.) It is truly amusing to watch these people voluntarily suffer through the experience. They don’t win anything; there is no trophy, just bragging rights that they were able to get to the end. One thing they do get, if they so choose while they do it, is beer.

After watching this show, my fiancé and I have eaten more wings than I probably ever had in my whole life. It became a kind of game that we played at various restaurants. And naturally, when you eat wings, you drink a beer (at least this girl does).

As the game evolved, we started to notice which beers went better with which sauces and which complemented the spice or tang factor of each wing. What developed was a general rule of thumb: a bitter beer is going to cleanse your palate. Beers with more malty flavor will reduce the heat factor. Hoppy beer will intensify the spice. Whatever kind of wing you like, there’s a beer for that. 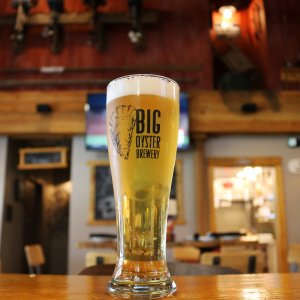 If a classic, mild wing is your thing, pilsners work well. They’re light, easy to drink, and refreshing if you aren’t looking to pack a punch with salt and spice. Big Oyster Brewery makes “Noble Pilsner,” a thrice hopped beer with 4.8% ABV that they describe as “clean and grassy.” You can also try Evolution Craft Brewing’s “Delmarva Pure Pilsner.” A Czech-style pilsner, this 4.8% ABV and 30 IBU beer has a golden color and notes of citrus zest, botanicals and malt flavors with a dry finish.

Barbecue wings go well with black IPAs and porters. The roasted flavor matches the sweet, savory nature of the sauce. Try the “Bunker C” porter from Burley Oak, which they describe as “robust…pitch black in color with notes of baking chocolate, fresh coffee, and a distinct umami character”; it checks in at 6.9% ABV and 35 IBU.  Tall Tales has a 6.2% ABV and 30 IBU black IPA called “Galatic Black”; as an IPA it has a more hoppy approach with a smooth mouthfeel, notes of citrus and pine with a hint of roasted malt. Fin City has “Blackfin,” a full-bodied black IPA with both citrus and floral notes, clocking in at 6% ABV and 56 IBU. 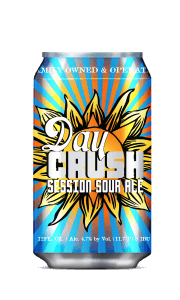 Barbecue wings also pair nicely with Berliner Weisse and sours for those that prefer to cut through the sweetness with lactic acid tartness. 3rd Wave Brewing makes “Beach Juice,” a 2.8-3% ABV and 3-6 IBU cloudy, classically sour yet refreshing wheat beer with a golden sheen and lemony-citrusy fruit notes; it has almost no hop bitterness. Evo not long ago came out with their session kettle sour “Day Crush,” with 4.7% ABV and 8 IBU. Burley is now famous for their incredible selection of sours, and any of the J.R.E.A.M.S. would work well with BBQ wings.

Since I live on the Eastern Shore, I grew up between the Atlantic and the Chesapeake Bay. That means I love Old Bay seasoning, and its ample sprinkling doesn’t stop at seafood. Old Bay wings are delicious—a mixture of celery salt, red pepper, black pepper and paprika that comes out salty and spicy. (Hard to believe that’s all that’s in it, right?) Fin City’s “Bimini Key,” a Bahamian style ale that’s mildly hopped, infused with key limes for a smooth, sweet citrus taste that goes well with the summertime flavor of Old Bay. “Phineapple,” from Backshore Brewing is a nitro pale ale with 5.2% ABV and IBU 32. It’s light, refreshing and is flavored with pineapple. They call it “summer in a jar.” It soothes the saltiness of the wings with a touch of sweetness.

If you are like me, before the craft beer boom, you drank National Bohemian with crabs smothered in Old Bay. If a lager is still your speed and you do go for the OB wings, but are looking for a more flavorful twist, try Brick Works Brewing’s “Tiny Brick!” At 5.3% ABV and 11 IBU, this is a lager for all weather. Brick Works describes it as having a “faint cereal aroma and a lightly sweet grainy flavor.” 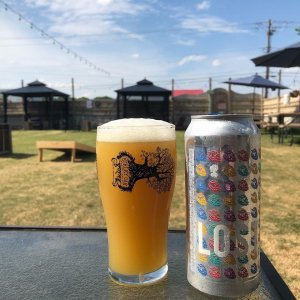 True buffalo wings (my favorite wings) have aggressively bold flavors that in my opinion, need just as big of a beer. India and American pale ales both work. While IPAs are sweeter, both ales can be somewhat bitter. The combination of hops and citrus hit from both sides of the flavor spectrum. The bitter cleans the spice and the juiciness amplifies it. IPAs seem to be effective at cutting through saltiness, due to their more malt inclined nature. One of my favorite West Coast IPAs of all time is “Lost” by Burley Oak. One of their staples, it’s a higher alcohol beer at 7.2% ABV and 48 IBU. It pours cloudy, hazy amber orange and smells and tastes of fruits like peaches, apricots, berries, and honey. It’s thick, medium bodied, creamy and smooth. Another West Coast favorite of mine is the Big Oyster “Hammerhead” IPA, one of their flagship beers with 6.3% ABV and 48 IBU. It has six kinds of hops, pours somewhat cloudy, and has tropical notes of pineapple, mango, grapefruit and pine. Evo actually makes their buffalo wings with their “Primal Pale Ale,” a slightly hoppy, 5 % ABV and 30 IBU dry American pale ale that has notes of fruits, a malty middle and clean finish. 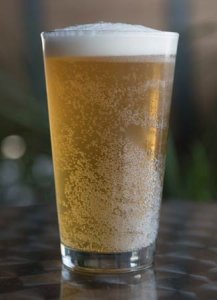 Witbiers tend to be unfiltered, cloudy and infused with various spices. This makes them suited to other exotically spiced foods — and in this case, Asian style wings. These beers are crispy, juicy and creamy. Brick Works’ “Citrus Mistress” is an American Pale Wheat with 5.6% ABV and 15 IBU. It is full of notes of fresh lemon and lime zest. It boasts a light body and golden color. Or sample 3rd Wave’s “BeachBreak Apricot Wheat,” an award-winning American wheat beer brewed with pureed apricots. It clocks in at 4.8% ABV and 15 IBU. These flavors match well with wings that tend to be based in flavors of ginger, soy, coriander and orange peel.

While my obsession may have started with a silly web series, I’ve grown fond of sampling different beers with different wings as a pastime with my friends and fiancé. Most breweries that have attached restaurants or brewpubs make their own spin on chicken wings and they’re happy to suggest good craft beer pairings; most local eateries now have an array of craft beer on tap and in cans. (You can find a list of places to try some delicious beers and wings here.) If you have the time and can stand the heat, I suggest trying it the next time you step out to dinner.