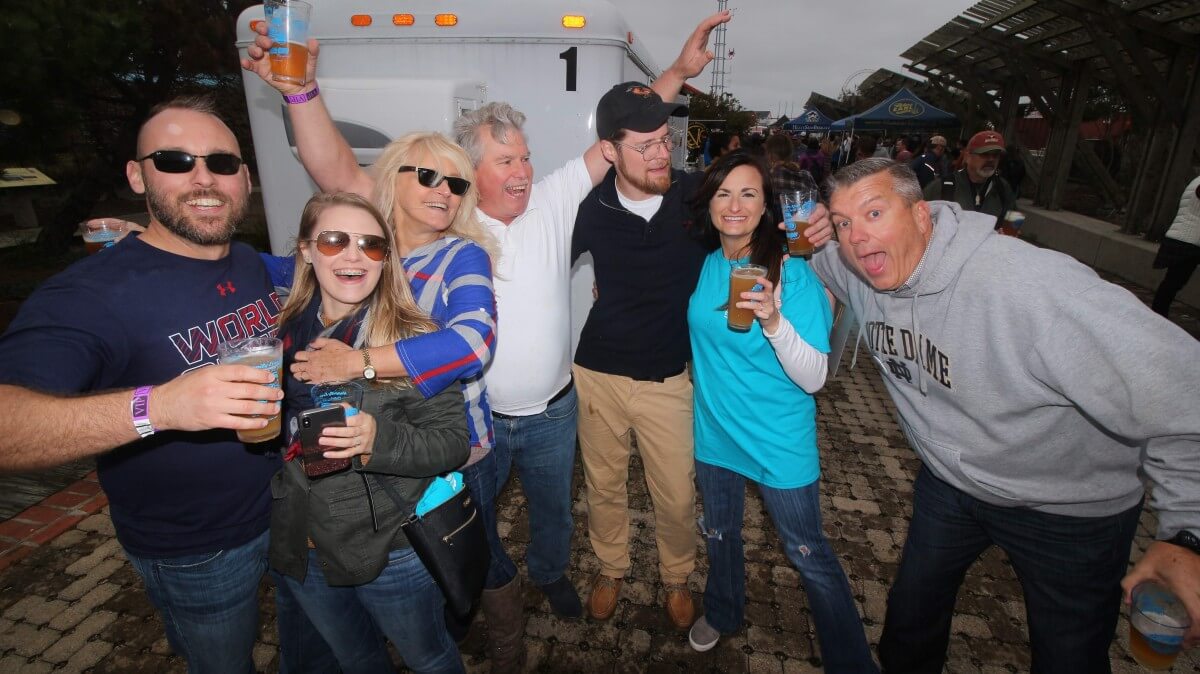 $45 for unlimited tastings of 25+ local craft beers for 3 hours, $65 for 4 hours. Party on the beach with beer & live music will run for two days! Get a glass, get a VIP t-shirt, Get UNLIMITED tastings on Saturday. BUY YOUR TICKETS NOW!

Shore Craft Beer has partnered with Live Wire Media to bring the first real craft beer festival back to Ocean City on September 4th, 2021 during the Jellyfish Festival.  This festival will feature Maryland breweries alongside local craft breweries from 12 – 4 on Saturday.  Festival goers will be able to buy VIP tickets to access the event at noon and GA ticket holders will be able to enter at 1 for THREE HOURS of unlimited local and regional craft beer samples.  VIPs who will get the full four hours of craft beer and live music will also have free Boardwalk pizza and a t-shirt included with their entrance fee.  The first 1000 ticketed festival goers to enter the park will get a commemorative glass.  Several bands will play during the event and multiple sponsors have allowed the music to continue at no additional cost once the craft beer segment ends.  BUY BEER ON THE BEACH TICKETS NOW!     You can also get FREE tickets to the concerts on Saturday after the beer festival.  Just reserve your tickets online.  RESERVE YOUR TICKETS TO THE CONCERTS ON SATURDAY, SEPTEMBER 4TH NOW!

This is a celebration of Ocean City with live music, craft beer, corn hole tournaments, and spike ball on the beach on Saturday.  Sunday brings the Brad Paisley concert which is a separate event during Jellyfish and is expected to sell out quickly.  BUY TICKETS TO BRAD PAISLEY NOW!

Octoberfest is in it’s original format and will launch the Fall Craft Beer Season on October 23rd in Sunset Park, Ocean City

Shore Craft Beer and OCDC will partner for the seventh year in a row to bring you the Octoberfest, Shore Craft Beer Fest.  This year, we return to our original format where festival goers get a commemorative glass and visit the brewery tents to sample over 25 different local and Maryland craft beers.  VIP ticket holders will get an event t-shirt, the commemorative glass and an extra hour to sample all the regional and local craft beers.  Samples are unlimited and will be poured in 4 ounce servings.