82.5% of advance ticket purchasers were from more than 1 hour away

Berlin, MD — Oct 30, 2019 — The Shore Craft Beer Fest that was held last weekend in celebration of OCtoberfest and co-sponsored by the Town of Ocean City, OCDC, and Shore Craft Beer attracted more than 1500 festival goers, a 25% increase over last year. The economic impact to our region is from beer festival, hotel, restaurant, retail, and associated revenue. As with last year, over 80% of the attendees who purchased their tickets online were from more than one hour away. Ticket purchasers came from as far away as California.   Maryland, Delaware, and Pennsylvania were heavily represented, but only 24% of the Marylanders came from within an hour’s radius of Ocean City. Virginia, West Virginia, New York, New Jersey, and Florida were also home states for significant numbers of festival goers. 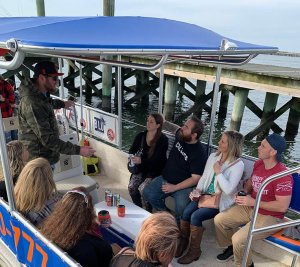 The least expensive tickets to the festival were available at local Ocean City hotels as part of hotel packages marketed through the ShoreCraftBeer.com and ShoreCraftBeerFest.com websites. The sales of these hotel package tickets doubled from 2018 to 2019.

The festival had 19 local and regional breweries participating and served almost 50 different styles of beer. Mead from Charm City Meadworks in Baltimore and Hoop Tea were also available at the festival. 67% of money spent on local craft beer stays local and this festival showcased only Shore breweries and Maryland breweries.

“We were proud to work with our local breweries and distributors to bring such a diverse and exciting selection of local and regional beers to this festival.” said Ann McGinnis Hillyer, CEO of Shore Craft Beer. “We started this festival five years ago simply to prove that craft beer drinkers travel for craft beer. Ocean City and our region have come a long way since then thanks to local leaders like Mayor Rick Meehan and his tourism and event team in Ocean City, Susan Jones of the Ocean City Hotel Motel Restaurant Association, Lisa Challenger from Worcester County Tourism, and Glenn Irwin, Executive Director of the Ocean City Development Corporation. Now, our goal is to get more participation from hotels, restaurants, bars, breweries and others so that when we attract craft beer drinkers to Ocean City for a four hour festival, the other businesses in town give them plenty of other craft beer related things to do to get them here earlier and keep them here longer. There is a lot of revenue growth potential for our region in craft beer related tourism.” 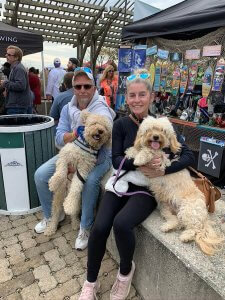 OCDC is the non-profit recipient for proceeds from this festival.  Proceeds from the festival and the boat cruises benefit the Ocean City Development Corporation, a not-for-profit organization charged with revitalizing Downtown Ocean City.

Shore Craft Beer hosts two annual craft beer festivals a year. The next festival will be held on February 29, 2020 at its new location, the Ocean City Convention Center. Excitement and expectation for the Shore Craft Beer Fest: Love On Tap  is growing.