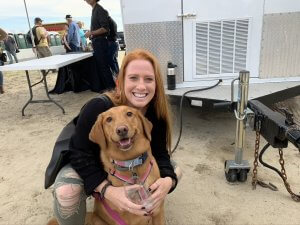 Pets can easily grab our attention or steal the spotlight. W.C. Fields was famously quoted saying,”Never work with animals or children.” we know he was jesting, but not wrong, he knew the cuter the character the quicker they draw all the attention. Shore Craft Beer: OCtoberfest was the last weekend in October, and we had quite a few attention grabbing four legged friends.

We were so glad to be able to offer a multi-species event, and if you look at these pics, you will see our fest goers, especially our 4-legged friends, really appreciated the opportunity to stroll Sunset Park. Some of our happy pets were working towards goals like Oden, pictured with Jim & Christopher Silk of Shrewsbury, PA. Oden is working towards a helping his humans with their next hunt!

Here are few instances of our stars shining bright and loving the sand between their “toes”: 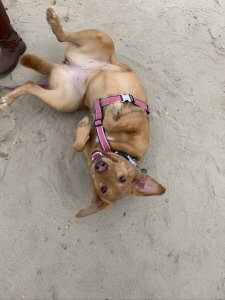 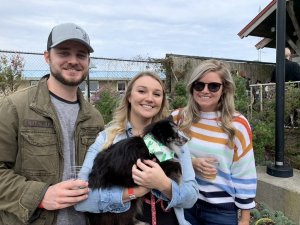 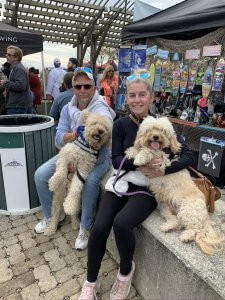 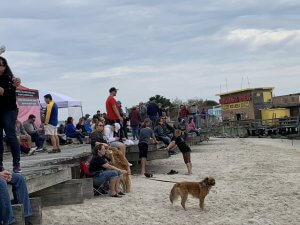 Dressed For the Occasion 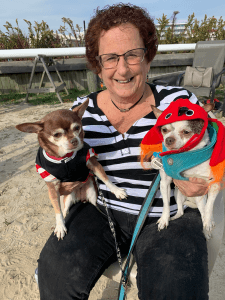 Above is Natalie Purvis of Baltimore, MD. Her two rescues were in the spirit of the waterways, her adorable and slightly sleepy chihuahuas were disguised as a parrot and a pirate wench. Natalie adopted both from Georgetown, DE SPCA. 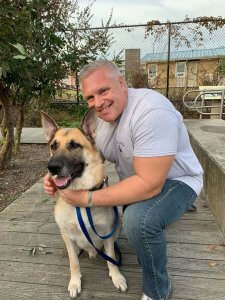 We heard many stories of how theses canines came to find their fur-ever homes, but one stupendous story was of a german shepherd named Rico.

Rico is the trusted companion of Maryland State Police officer, Bob McMaster. Rico was happy and ready to listen to his owner throughout the fest. As you can see here, Rico is a beautiful – excuse us – handsome doggy, and we can’t believe the story we heard of how Rico came to live with Officer McMaster.

When Rico was brought to his first home they found him to be too rambunctious, he spent everyday in a kennel inside a house. His previous owners said he would never settle down, and after two years they decided he needed to be given up to a pound. Rico’s story spread fast, his owners made their decision on a Friday and a friend of a friend had told McMaster and by the following Monday Rico was living with Officer McMaster. That happened four and a half months ago, and now Rico is loving life outside of a kennel. We want to thank Officer McMaster for his promise to serve and protect, and his heart to give this great dog a second chance.