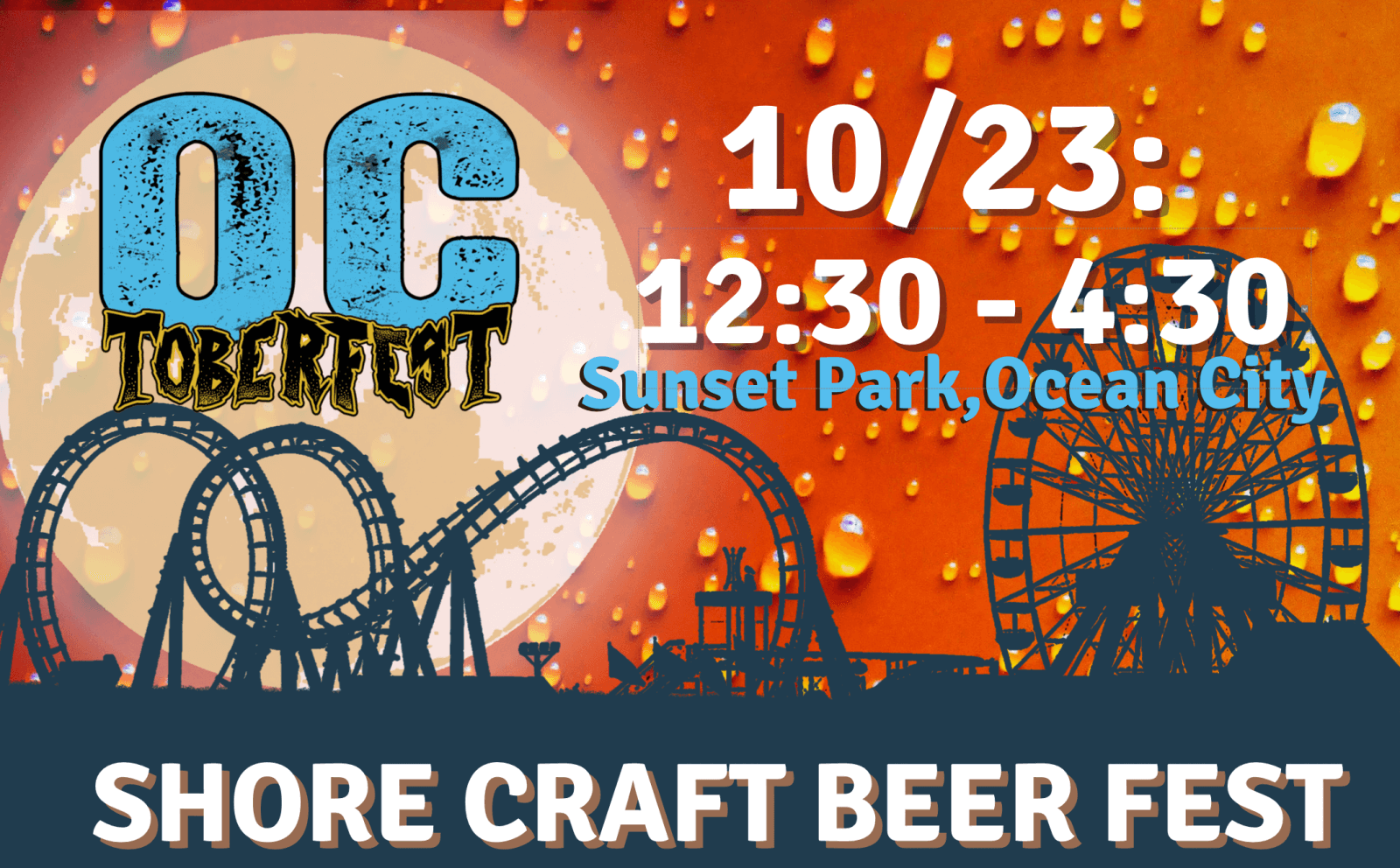 Pumpkin spice may have lost some of its panache for 2021, but pumpkin beers, stouts and Oktoberfest beers have not.  This autumn’s exciting event is the 7th annual Octoberfest in Ocean City, Maryland where you can satisfy all your fall beer cravings. OCtoberfest! tickets are selling fast SO get your tickets now for our 7th annual autumn Shore Craft Beer Fest, OCtoberfest!  In fact, the VIP tickets are already sold out so make sure you get your General Admission tickets now before they, too, are gone.
Held annually on one of the last Saturdays of October in Ocean City’s scenic Sunset Park, OCtoberfest is a celebration of great local craft beer (more than 30 to taste from the Shore and beyond!), some non-beer alternatives brewed in Maryland; delicious food from local food trucks; and fun times with family and friends. Live music will be provided by Johnny Bling. Dogs, kids and non-drinkers are welcome, too!
Enter coupon code ‘CraftBeerisBack’ for $5 off your purchase.
Hotel packages and a full list of attending breweries are online.

Breweries, Beer and Other Options:

COVID  effected the festival slightly in that some of the breweries are understaffed so it’s difficult to send pourers.  We have 9 breweries who are sending representatives to pour and discuss their beers and we have 10 who will be represented by volunteers who know their beer and a few details about the breweries.  Shore Craft Beer is also putting information on the breweries and the beers featured during the festival on the Shore Craft Beer App that was funded by the Rural Maryland Council.
The breweries in attendance represent a good cross section of local and regional beers:  Burley Oak and Sinepuxent Brewing from Berlin, EVO from Salisbury, Fin City, Hoop Tea and Backshore Brewing from Ocean City, and Tall Tales from Parsonsburg, MD. Delaware breweries in attendance are Dogfish Head from Milton and Blue Earl from Smyrna.
In addition we will be pouring beers (and mead)  from Big Oyster, Crooked Hammock, Duclaw, 1623 lBrewing, Charm City Meadworks, Flying Dog, Heavy Seas, Key Brewing, Monument City Brewing and for the first time, Cape Charles Brewing.
Seasonal favorites will be in good supply, from pumpkin beers to Oktoberfest and Marzens, to stouts and porters.  We are also offering a variety of IPAs, wheat beers, and pilsners too.
For those who prefer other options to local craft beer, we will have two hard seltzers from Sinepuxent Brewing, Hoop Tea, and a couple of meads.

Unlimited samples throughout the festival

A ticketed festival goer will get unlimited 4 ounce samples throughout the event of over 35 brews from 19 breweries.  That includes the hard seltzers, meads, and the Hoop Tea.  There will be breweries or trucks set up in Sunset Park and on the property just to the south where there is a dock and plenty of water to watch as you enjoy your brews overlooking the bay.

Johnny Bling joins us again to provide the live entertainment and there will be vendors set up for your shopping entertainment.  The Street Kitchen will again be a food option on site as will the Pirates Cove Oyster truck.  You will be able to order pizza from Dough Roller and have it delivered to the site.  There will be cornhole and other outdoor games so you can entertain yourself between beers.

The general admission gate will open at 1:30 p.m. and run until 4:30. A special VIP admission is  available for those wanting an extra hour of tasting craft beer plus a t-shirt to commemorate the day! Entrance for VIPs starts at 12:30 and includes time to talk to the local brewers and start sampling a little earlier. Commemorative glasses for the first 1200 at the gate!  Buy your tickets now as the VIPs will be sold out by this weekend.  There will be General Admission tickets available at the gate and online. 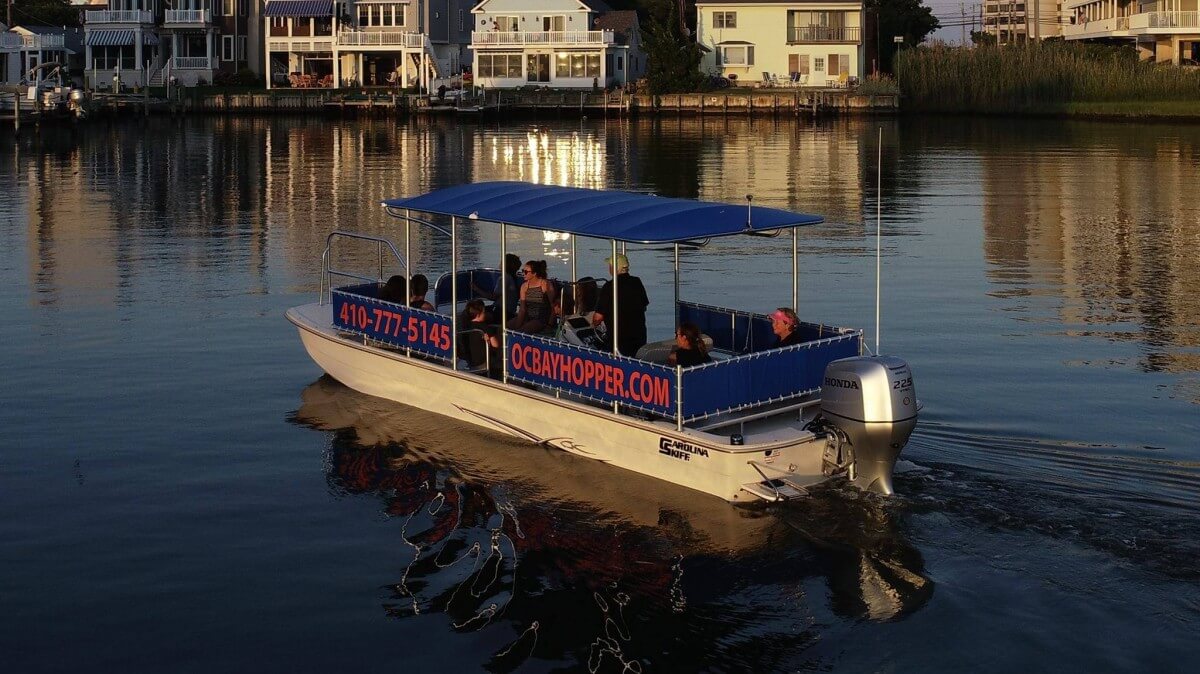 Limited Tickets for Craft Beer Cruises during the event available

As with previous Octoberfest Shore Craft Beer Fests, the OC Bay Hopper is joining Shore Craft Beer to offer Shore Craft Beer cruises during the festival.  There will be a departure every half hour starting at 1 pm with the last cruise leaving at 4 pm.  There are only 15 people allowed on each cruise so please buy your tickets early as we anticipate that these cruises will sell out.  If any seats are available during the festival, tickets can be obtained at the front check-in table or on the dock.

Mark your calendar: OCtoberfest 2021 is on October 23 with a rain date of the 24th!
General admission tickets are $40 and VIP tickets are $55.  The $5 discount is only available online.  There are no Designated Driver tickets this year.  You can buy water and soda from The Street Kitchen or Pirates Cove Oyster Food trucks or if you want just water, you can get it at the OCDC booth.    You can order pizzas from Dough Roller and they will be delivered to the festival.
OCtoberfest 2021 is sure to be bigger and better than ever. See you soon!
BUY NOW!