St. Patrick’s Day has become synonymous with beer, for some that means lagers died green, but for others, there are much better options.  Shore Craft Beer reached out to our local craft breweries and their representatives gave recommendations on which beer to choose and why on March 17th.   We received many local craft beer suggestions.  Clearly, local craft beers pair well with this most Irish of holidays and the recommended beers and their reasons for being perfect for St. Patrick’s Day are all different.

Why Do We Celebrate St. Patrick’s Day?

But why do we all meet in breweries, pubs, and restaurants on March 17th? The short history — St. Patrick was a patron saint of Ireland. He was kidnapped from Roman Britain and taken to Ireland as a 16 year old slave in the fifth century.  He later escaped but returned to Ireland and is credited with bringing Christianity to her people. St. Patrick’s Day celebrates his death on March 17, 461.1

The first parade for St. Patrick’s Day was held, not in Ireland, but in New York.  Ireland celebrated St. Patrick’s Day as a religious holiday for over 1000 years before realizing that parades and parties could draw tourism.  They learned that in America where beer has been part of the celebration for over a hundred years.

Guinness is a Staple of St. Patrick’s Day but Craft Beer Has Great Ways to Fill a Pint Glass 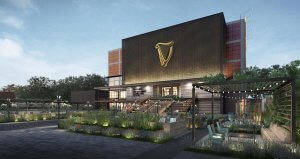 A cold pint of Guinness may be the first image to come to mind when you think of St. Patrick’s Day,  after the shamrock of course.   Maryland is lucky because Baltimore County is home to the Open Gate Brewery, Guinness.  According to Ryan Wagner, a Guinness Brewery Ambassador, “Folks celebrating St. Patrick’s Day aren’t left with simply Guinness Draught Stout, the nitrogenated pint of stout that most revelers think of when they think about the holiday. These days, Guinness Blonde and Over the Moon Milk Stout, both of which are brewed right here in Maryland, are as much a part of the St. Patrick’s Day season as any other beer in the Guinness family.

Why Guinness for St. Patrick’s Day? Simply put, Guinness is as identifiably Irish as St. Patrick himself! In fact, thanks to St. Patrick’s Day not becoming an official holiday until the early 20TH century, roughly 150 years after our founding, we like to think that Guinness has been served at every (official!) St. Patrick’s Day in modern history. Guinness beer is every bit as integral as the shamrocks that are sure to be everywhere this March 17th!”

Many other local brewers have a variety of other creative suggestions.  Here are their choices and their reasons behind them: 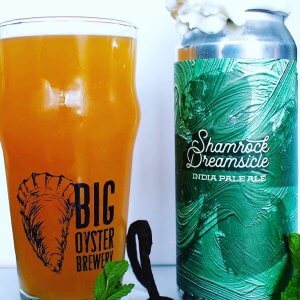 Big Oyster Brewery’s Shamrock Dreamsicle, an IPA with vanilla and mint.   It will be on tap and in cans at the brewery and in select locations in Delaware, Philadelphia, and NorthEast, Maryland.  The name says it all. 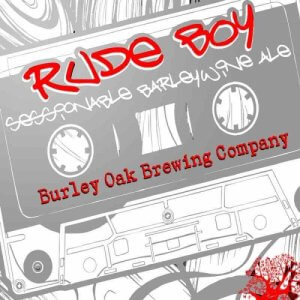 Burley Oak’s Rude Boy which is similar to a traditional Irish Red Ale but “with a lot more body and flavor”  according to Matt Dean, the brewery’s Sales Manager. He also recommended their Bunker C Porter if you are looking for a darker beer. “It has a distinct umami character that sets it apart from your everyday porter.” 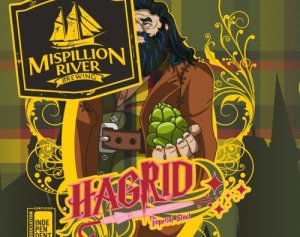 Claus says he still likes the traditional Irish beers, but if you go local, he likes Mispillion’s Hagrid, an Imperial Stout with 11% ABV.   He recommends playing Flogging Molly very loudly and chasing the beers with a Jameson.

Eric Camper, the head brewer at Tall Tales in Parsonsburg 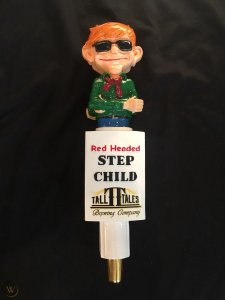 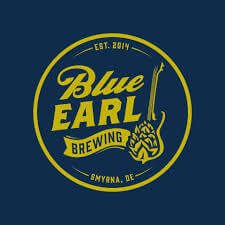 Dani Dougherty with Blue Earl Brewing in Smyrna, DE has Thirsty Cow, a milk stout coming out next week just in time for St. Patrick’s Day.  It will be served on Nitro. “It’s the perfect St. Patty’s Day beer because it’s low in alcohol, but high in flavor and pairs well with corned beef and cabbage.” 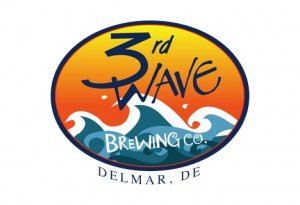 Suellen suggests their Chocolate Cake Stout.  She says it has dark roasted malts with slight chocolate notes make it bold and rich and not too sweet. 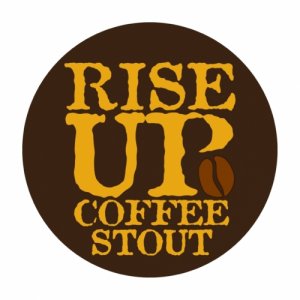 Their Exile Red Ale, Lucky 7 Porter, and Rise Up Stout.

Exile: Red Ales are one of the most popular styles of beer in Ireland. Though our Exile Red Ale is inspired by the pale ales of England, it has the color and malt flavor that you look for in any red ale.

Lucky 7: Our Lucky 7 Porter is perfect for Irish car bombs…and besides who doesn’t want to feel lucky on St. Paddy’s Day?

Rise Up: What is St. Paddy’s Day without a stout in the mix? Our Rise Up Stout is rich, dark, and roasty with plenty of coffee nose and flavor.

Thompson Island Brewing is brewing special beers for St. Patrick’s Day.  Their new Lucky Dog Amber Rye Ale will be on tap mid-month.  This amber ale is all about the unique rye grain which lends a spicy and peppery taste. Pair that with piney and dank Chinook hops and you are looking at one Lucky Dog! 6.5% ABV

They will also have a special cask on 3/14. It is our Cosmic Cow Irish whiskey soaked oak chips. We are adding this Irish twist on one of our house favorites. 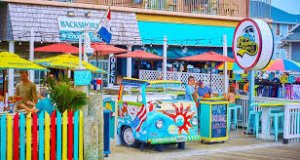 Sitting at a small bar, in a small brewery, talking to the brewers and looking at the ocean are not a bad way to celebrate St. Patrick’s Day.  Once you order a Scottish Wee Heavy called, “Wee Heavy Fuel” you’ll immediately find your Irish roots warming.  This beer is “delightfully malty and a little smokey.” 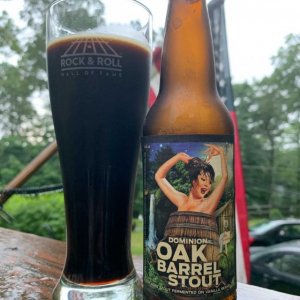 The President of Fordham and Dominion definitely recommends their Oak Barrel Stout for all St. Patrick’s Day celebrations.  He says this fantastic stout with a little vanilla on the end is a great beer to warm you up  if it’s chilly or Spring-like! 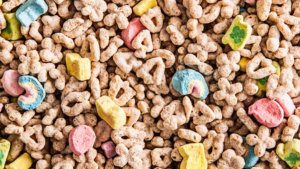 The luck of the Irish is upon us.  Last year, Smart Mouth brewed a beer with Lucky Charms.  This year, Jon Schorah from Crooked Hammock tells us our luck is closer:  “We brewed a double dry hopped Triple IPA with Lucky Charms and marshmallows. This will be a very limited, draft only beer available at both our Lewes and Middletown locations”  To stay lucky, be sure you visit their breweries and sample this lucky beer for St. Patrick’s Day! 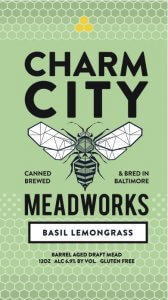 And our last recommendation is actually a mead from Charm City Meadworks.  James Boicourt suggests their Basil Lemongrass because the can is green or their Elderberry which would pair well with corned beef and potatoes.

There you have it.  Recommendations from local craft breweries.  Whether you are going for green, in the can or the beer, like to be lucky, or you are looking for something that pairs well with corned beef, St. Patrick’s Day is the perfect holiday to choose a local craft beer.  If you aren’t here on Delmarva, then ask your local brewer for their recommendations.  I guarantee they will give you one.