In this column, we explore a few existential questions with Chef Brenton Wallace, owner of Crust and Craft in Rehoboth Beach, Delaware.

Q. What was the beer that started you drinking craft beer?

A: Bells Two Hearted back in 2005. Monks in Philadelphia had it on draft and I was there and wanted something different. The bartender at the time handed it to me. It was like nothing I ever drank before.

Q: What is your favorite food and beer pairing?

A: A burger, to be honest with you. It’s about sitting in a bar, be it the Pickled Pig or Oyster House, you know. Those are my two go-to places for burgers. There’s just something about sitting down and having a burger and an IPA that screams red, white, and blue and America.

Q: What do you want 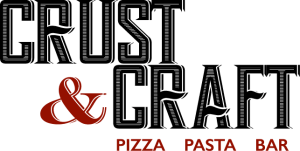 people to know about Crust and Craft?

Q: Thing you’re most proud of?

Q: If Gandalf and Vader were in a fight, who would win. Show your work?

A: Darth Vader is the most badass villain in the history of villains. Vader is just that badass. How could anyone not say Vader?