This is the first in our recurring “Craft Beer Love Stories” series featuring our favorite submitted stories and photos this week. If you have a craft beer love story and wish to tell it, why not enter here for a chance to win lots of cool prizes including a hotel room and tickets to Love on Tap noon- 4p.m. at Seacrets in Ocean City. 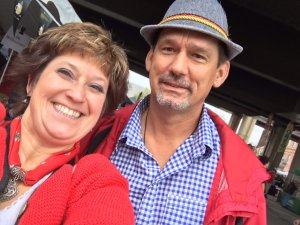 My fiancé and I met online, but it took 6 months for us to meet face to face. We met for a drink and each chose a wonderful craft beer. Must have been true love! Now, three and a half years later we are getting married at the place where we first met to ensure that we have good beer to share with our guests!

We love dark beers, stouts and porters are our favorites, and make a point to seek them out whenever we eat out or go somewhere for a drink. Whether we are in Maryland, Florida, Virginia, Pennsylvania, New York, New Jersey, etc. we always seek to try the craft beers. We started our relationship over an oak barrel stout and plan to continue our love affair for many years to come with some wonderful craft beer! 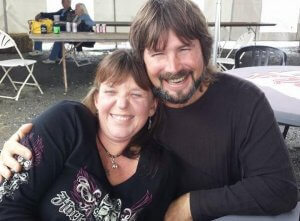 I was never a beer drinker. One warm February Saturday my husband and I took our HD down to St.Michaels to take advantage of the unusually warm day. When we got to Carpenter Street Saloon they had New Belgium Fat Tire on a tap special so I decided to try it. Was I ever surprised.

After almost 20 years of drinking I finally found a beer I liked. That led to me trying other beers. Friends of ours always tried new beer, especially craft beers, so I decided to try a few one night with them. After that I was hooked. Any new brewery or small batch beer I could find I tried. Then I met Tammy Perlot, one of the partners at Mispillion. We had worked together before and she needed a new bartender. She had me get a book on the history of beer and it was very informative on the different styles of beer and how each is brewed.

Well I worked at the brewery for about eight months and enjoyed trying all the different styles of beer. Now I drink nothing but craft beers as there is a beer for every taste.And that’s how I fell in love with craft beer. 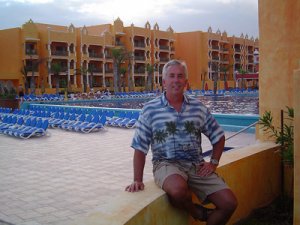 Beer never meant much to me. Always filled me up and it was the same ol’ taste over and over and over, then the craft brews came along. Still skeptical, I started out with doing some “tastings” and OMG! what a burst of flavors commenced to hit my palate! Now, beer is fun and my wife even enjoys a good IPA! This weekend, I took advantage of a local coupon and scheduled a 10-person limo ride where we will do a mini-loop of the Eastern Shore Breweries…including YOU Revelation Craft Company. You only live once, so stop and smell…the HOPS!

Helen Justis: For Better or Worse or Beer 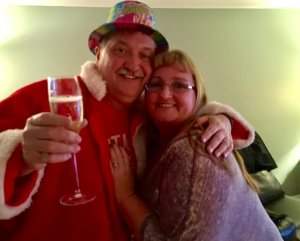 The first time I met my husband we were on two different dart teams. He knew at first sight we would be together forever. This was even before we spoke. I was a bartender and we had a craft beer show, he came to for us to meet. After the show we had a great talk. We started dating and soon moved in together. After which we were married and he has stuck by my side through three different cancers, surgery, chemo, radiation, six shoulder surgeries from a work injury which resulted in a seventh surgery where I had my shoulder replaced a broken foot to today were I have lost my job, and here he is still by my side with laughs and encouragement to go forward.

Hey, folks! You’re not counting wrong, I removed one of the stories. I’m sorry if I didn’t make it clear that they would be shared publicly. They will, but we really hope you share them anyway! — Tony