It’s not quite FeBREWary yet, but we’re already feeling the spirit of Craft Beer Lovers Month (it’s basically a year-round holiday for us) and have loved reading the craft beer love stories you’ve submitted. Here’s three that tell the tale of when someone realized that craft beer might just be the love of their life.

It started simply enough – DelMarVa Bike Week, doing Cruising the Coast with all of our friends. One of the stops was this brewery named Evolution. Having not been an adventurous beer drinker in the past (read: Corona was my go to) I stepped up to the bar and tried an Evo #3 Draft. At that point, the Heavens sang, clouds parted, and I discovered that there is more to beer than a bottle of Corona!
Since that day, I have broadened my horizons – making local small craft brewers a must stop in any and all travel plans. I have become addicted to Evo #3 and am so grateful that it is carried in some of my local stores up here in PA.
I have attended both of the prior Love on Tap events and am going this year too! It has become a yearly event for us and will continue to be one!
I’ve introduced friends to the event and now they are addicted as well!
Thank you, Shore Craft Beer and Love on Tap! I raise a glass (of Evo#3) to your continued success!!! 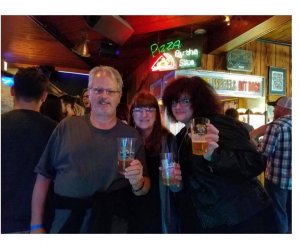 One of my favorite pastimes when visiting the Eastern Shore is to visit Breweries & Tap houses especially off season. I’m not sure exactly when it started, but my husband have gone to various craft beer events throughout the Delmarva region and beyond. We have attended “Shell Shocked” at Fagers, Love on Tap at Seacrets, Shore Craft Beer event at Hoopers, etc. My Husband’s favorite is Evolution #3 and I lean toward RAR Nanticoke Nectar.
Our youngest son also brews beer as a hobby and works part time in a brewery in South Carolina. When we get together with our two sons, (both living in South Carolina), we visit breweries in South Carolina and when they visit Maryland, we visit breweries here. Our family’s love of craft beer has bonded us together in a pastime we all enjoy together. 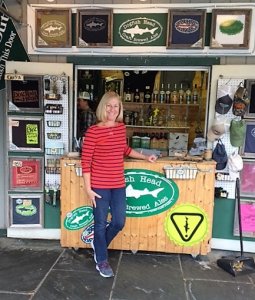 For the love of craft beer

I love beer–but now, I have to say that I love CRAFT beer, not just any beer.  I used to drink the regular ol’ stuff until my husband and I started attending Brews on the Beach at Hoopers in west OC.  We have gone EVERY year since it began.  Wow….was I missing out on some good beer!  So many awesome tasting craft beers from right here on Delmarva.  Not only that, but it’s such a fun event and everyone is just happy to be there drinking some fine craft beer and listening to the band.  I’m already excited just thinking about attending this year’s Brews on the Beach.

Now, the flavors….so many to choose!  I will say my favorites are anything pumpkin or anything fruity and light.  I’m willing to try just about anything though and that’s pretty much what I do at Brews on the Beach.  I just cannot go back to drinking the mainstream stuff after discovering all this fine craft beer on Delmarva.  If I could, I’d attend every craft beer event and try every single beer there is :). 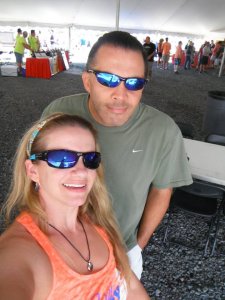 This story takes place on August 4th, 2016, at which time there were three things of note that I must mention:
1.) My girlfriend and I had been going out for 3 months.
2.) Ellicott City had just experienced massive damage due to flash flooding, which resulted in the deaths of 2 people.
3.) Pokemon Go had released on Android devices and become wildly popular.

At the time I lived in Greenbelt, MD. I was a beer drinker in general, and definitely enjoyed nicer beers, but made no set distinction between craft beer and nationally distributed beer companies. Erin would help change that, starting with her finding on Facebook earlier that day a fundraiser for Ellicott City being thrown by the Jailbreak brewery. Prior to this, I had been to wineries and cideries, and 1 brew-pub, but all in Virginia.

The fundraiser looked fun for sure, so we decided to make a last minute change from our dinner plans and check it out. We got there and the whole brewery was PACKED, inside and out. There were food trucks supplying food with their lines criss-crossing into each other. Inside, there was only the thinnest gap between the crowds and the wall, making the bar seem miles away.

I got into a food line while Erin found the outdoor beer taps and got us each a drink, letting her choose which beer to get me. I believe that is the first time I experienced Feed the Monkey. It was divine, a wheat beer with wonderful citrus notes, done with a level of finesse I couldn’t get in the Blue Moon’s I swore by usually. Erin truly was (and is) a woman of taste.

She was also very enterprising, as she had used the time away to start tearing down the Pokemon gym at the brewery (not actually tear it down, that’s just a figure of speech to say, take the gym back from a different team by eliminating it’s Pokemon one by one). The gym, however, was currently owned by the red team, and was powerful. She and I are different teams (she yellow, I blue), but we did have a common enemy, so I helped her beat the red team’s Pokemon, at which point anyone could put into a gym. Like a gentleman, I gave the opportunity to her.

“That’s you!” I shouted once her Pokemon was in the gym. She got me beer, she played video games, she was an expert at Pokemon, which fulfilled a very nostalgic itch in me. We hadn’t said the words “I love you” yet, but they were on my mind right then. She was downright beautiful in that momen….

“IT WAS YOU!” I turned around and a crazed 20-something girl holding a phone open on Pokemon pointed at us.

All I could say was “Oh f***” as the girl started smashed on her phone to defeat Erin’s Pokemon. We looked at each other with a glance like, “well, we like the game, but not THAT much.” We kept an eye on our phones while we got buzzed, waited until this girl had taken over the gym, and then tore it down all over again.

After we finally got our food (and Erin had gone on 1 or 2 more trips back to the beer tap), we stole away to a distant curb, shared bites of each other’s food, and cuddled a bit before the drive back home. That weekend, we said I love you for the first time to each other. And even though I don’t live near the brewery anymore, we’ve still found some excuses to go back a couple times to the place Erin truly introduced me to craft beer, and also showed me how to be a Pokemon master.

P.S. On our exit from the fundraiser, we saw some people in the parking lot dressed in full body animal costumes. We still don’t know what that was about.

P.S.S. I don’t have any photos from this event unfortunately, but I do have a photo from an event at the Heavy Seas brewery that we went to, their Pints and Panic event that they throw every year. There we are drinking with Santa Claus. I don’t know if this put us on the Naughty or Nice list. 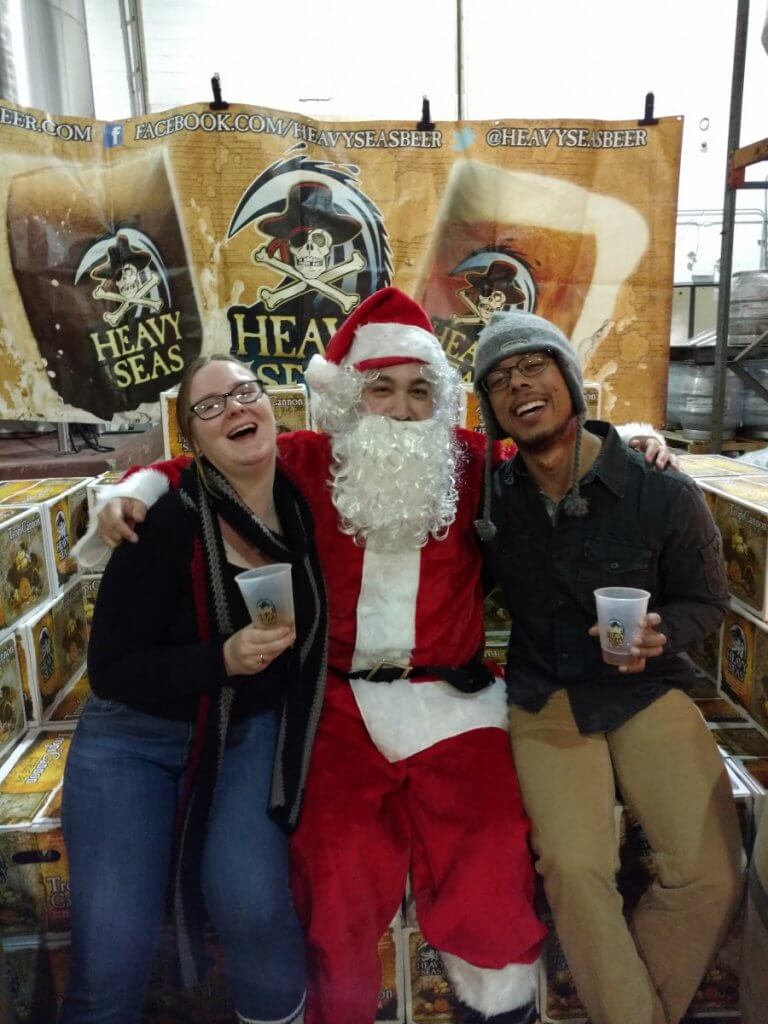