I’ve been promoting my Delaware Beer book lightly this summer, mostly trying to find a way to get people engaged with the concept of drinking local as well as the instance of it. You might not know that Americans only started drinking beer that was imported from a massive central brewery a little more than 100 years ago. Before that breweries were local or regional and homebrewing was not merely common but almost a given. The short version of Delaware Beer (you can find the longer version here) is that its beer culture was pure and local until the late 1800s, returning briefly and spasmodically after WWII, but not even beginning to take hold again until 1995.

Over the next year or so, I’ll be running around to as many breweries as will have me telling the story of how they are participating in the return of local beer. Many if not most were accomplished homebrewers who took a shot at making craft beer as a way of embedding themselves in the community. The bar to brewing in Delaware always had been the inability to compete with the massive companies on scale. The story of Delaware beer comes with the realization that there is a completely other way to approach beer. Make a little for a few rather than a lot for everybody.

Shore Craft Beer and Xtreme Brewing partner each week to produce the “Beer with Strangers” podcast, wherein Doug Griffith and I talk about beer news and culture. As part of that, sometimes I interview people in the industry for a sub-podcast we call “The State of the Beer” and put that out as bonus material every now and again. In early May, we began this experiment wherein we (OK, I Doug has a life) did the State of the Beer show live, interviewing the brewers before a crowd and following up with a Q&A (and, frankly, a book signing). We held the first one at Blue Earl Brewing in Smyrna and it went pretty well. 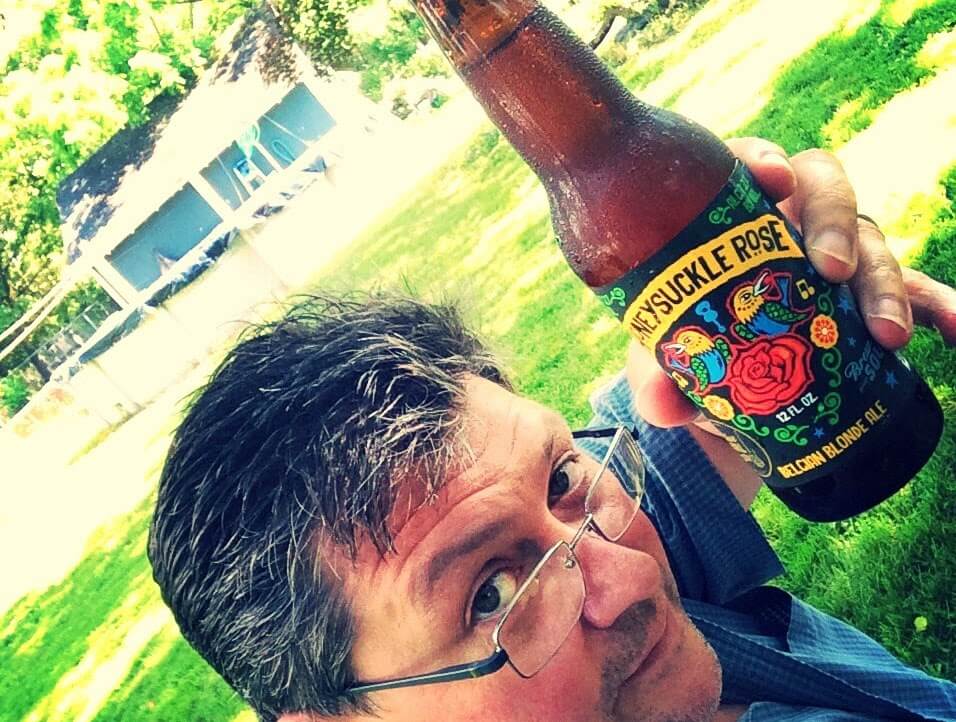 It is fascinating that so many Delaware breweries are happy to be destinations. Blue Earl (like several others) is in an industrial park, but has built a culture there where people come for the beer and to hang out. Tied together with the rise of the food truck, it has become a kind of hybrid-tavern model where one company makes the beer, the other company makes the food and everyone does their part to raise the expectation of what is possible with both.

If you want to hear Ronnie’s story, the podcast is about half an hour long. You can listen here or you can subscribe on iTunes. Gentle reminder, we’re having the inaugural Shore Craft Beer Fest and Riverwalk Celebration on June 18. We’ll have more than 20 local beers for sampling. Tickets are here, details are here.