Possibly the most overlooked fact about breweries here on the Eastern Shore is that they are always in fun mode. Throughout the busy season, the breweries have events to make them stand out and to introduce themselves to visitors. Almost all the breweries here on the shore are distributed and well represented in the Mid-Atlantic and Northeast, where the bulk of our tourists come from. As a result many, if not most, of the summer events are aimed at driving off-season demand when folks get back home.

But creativity isn’t something a person turns on and off. As the brewers think about what events to have and when to have them, they consider the likely size of the crowd. Many have monthly events or bi-monthly events that seem as much customer appreciation days as anything else. Really edgy beers at themed events help everyone appreciate living near a brewery and talk up that experience. RaR’s breakfast event had that kind of feel. Saturday Morning RaRToons was the brainchild of head brewer Randy Mills. Show up in your pajamas, try a couple of new beers and have some breakfast.

When I was a kid in my 20s, my father took me to a bar that served beer and steak and eggs on Sunday mornings. It was a dark, old man bar where smoking still was allowed in the 1990s. The place was packed with guys in their 40s and 50s smoking and having practically-raw eggs with their Budweiser boilermakers. It was a manly thing from a different age, and it made an impression on me.

If you’re reading a beer blog, you may know that having beer with breakfast only became culturally unacceptable in the last 100 years or so. Part of it was the rise of the Temperance movement that eventually would spark Prohibition, but another part of it was we just weren’t having the kinds of backbreaking days in the late 1800s that we had previously. Beer and steak and eggs was kind of a nod to those days. Saturday Morning RaRtoons was something else entirely. 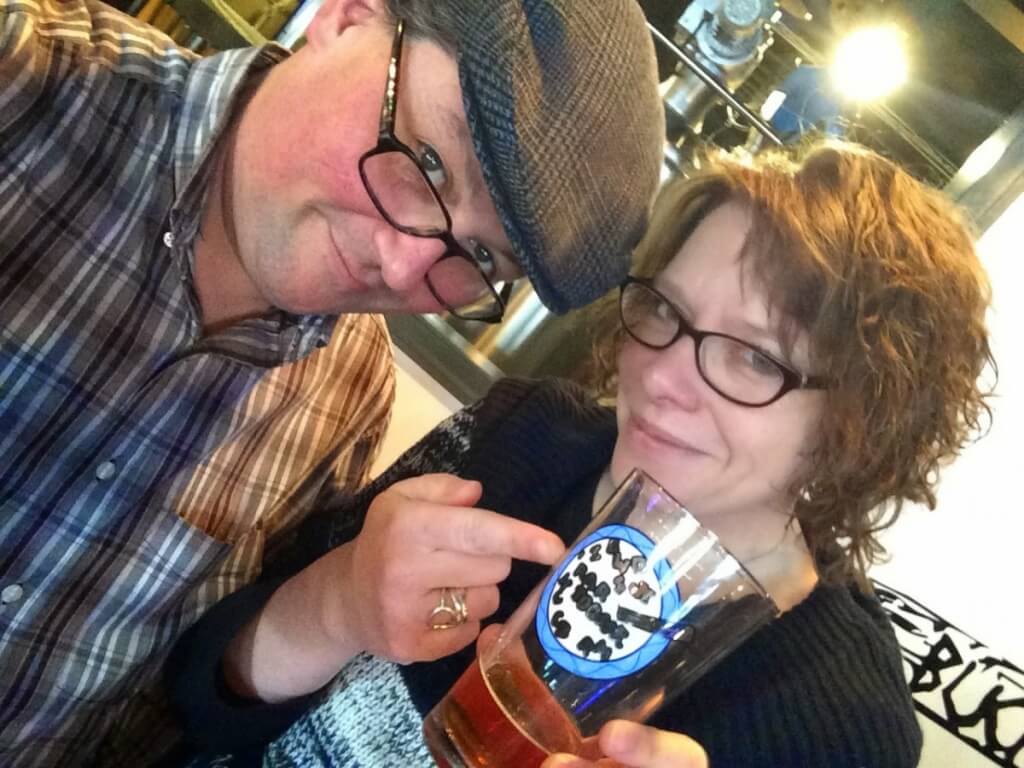 It was a callback to those Saturdays when you got up, had absolutely nothing to do and worked diligently at that nothing until someone told you go get dressed and go out and play. Take it from me, if you have a bacon-maple-coffee Brown Ale with a side of hashbrowns, and follow it with a Belgian Dark Strong Ale and a couple of habanero IPAs, you better not have anything to do for the rest of the day.

Many people were in their pajamas, as the invite had suggested, and were splitting their time between having breakfast and beer, playing Nintendo 64 on the big screen in the back room and hanging out and talking. I did a bunch of the latter.

I spoke with Randy who wasn’t quite proud-father happy, but still brimming. At 7 a.m. he was worried the event wouldn’t work or be poorly attended. The event kicked off at 9 a.m. By 9:45 he was worried people would be irritated that breakfast was taking so long to come out off the griddle.

RaR is not a fast food place. When they cook, they cook properly. When 100 people show up and all order various kinds of eggs in various combinations, it’s going to get a little kooky. I asked Randy if he was running out of beer. He wasn’t. All was right with the world.

As long as there was plenty of good beer, no one seemed too concerned that the eggs were taking their time getting to the tables; there was too much else to do. By the time my hashbrowns showed up, I had forgotten I ordered them and it was like a little Christmas present.

The bacon-maple-coffee porter kicked a little after 11 a.m., but by then people were enjoying all the other RaR beers in their souvenir glasses. Randy said they expect to make it an annual event. If they had it weekly, I’d definitely go for a month or two, then I’d have to dry out, so annually works for me.