The Taustin Group is thrilled to announce The Other One Brewing Co, a new collaboration with Nathan and Gina Todd. The microbrewery will be on the first floor of the new development on the 24th street bayside block, and Nathan Todd will serve as founder and head brewer. As the only brewery on the island, The Other One Brewing Co. will be a place for everyone. The microbrewery and tap room will have a laid-back, rustic vibe with 30 seats as well as outdoor seating in the courtyard shared with BLU Crabhouse and the all-new Jay’s Café & Trading Co. When asked about the name, Nathan Todd said, “When you go on vacation, you have a choice – stick with what you know or be adventurous. We believe in seeking out the ‘other one!’ Those hidden gems are where you find innovation, creativity, and a good time.”

With a regularly rotating tap list, The Other One will offer a wide variety of styles on its 8 taps as well as beer inspired cocktails and snacks. “The microbrewery will serve as an integral player in our vision to make 24th street a premier dining and entertainment destination for all times of day,” says Taustin Group CEO, Cole Taustin.

In 2021, the Taustin family began construction on a three-story building that encompasses a newly renovated indoor space for BLU Crabhouse & Raw Bar as well as multiple areas for retail, food, and entertainment. The third floor is designed to be a new incarnation of the Embers Restaurant. The redevelopment on the block will have a rolling opening throughout the summer of 2022 with The Other One Brewing Co. opening in June pending all final state and federal approvals.

Nathan Todd, founder and head brewer, moved to Ocean City, MD in 2005 after vacationing in OC while growing up. His passion for beer led him to learn all aspects of his favorite drink, from bartending at several local bars to home brewing. For the last 10 years, Nate managed and operated Backshore Brewing Co and served as their head brewer for their last 2 years.

Upon Backshore’s closing, Nate knew he wanted to be sure that locals and tourists alike still had a place to go to enjoy quality brews made on the island. “Uncle Nate” is proud to bring his passion for beer to 24th street as the creative visionary of The Other One Brewing Co. where he can put his ideas in motion and bring his passions to a broader audience. 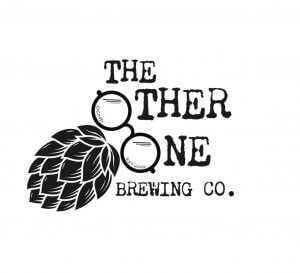