What makes a good summertime beer? For us, it’s one with a low ABV — something sessionable to sip throughout the day — one that’s cold (obviously) and refreshing, to keep you hot when the sun beats down on a typical Delmarva beach day — and, maybe as an added bonus, one that comes in a can so that it can be brought along on all your adventures this season.

Our list of Shore Craft Summer recommendations includes mostly low-ABV beers (and a few higher that we snuck in because they’re just really fun), beers of the refreshingly crisp, sour and/or fruity variety, and a few beers that can be purchased in cans so you can take them along on all your upcoming picnics and hiking expeditions.

Whatever your plans are this summer, remember to drink local and make time for a few craft brewery pit stops. Here are all the fantastic craft breweries you’ll find on the Eastern Shore, and here’s our 2019 brewery guide to assist you on your journey.

It’s not a summer on the Shore unless your beer actually has the word “Delmarva” in it, which Evo’s Delmarva Pure Pils certainly does. With an ABV of 4.8% and an IBU of 30, the Czech-style Pure Pils is the ultimate session beer, brewed with German Saphir and Opal hops, golden in color and with a dry finish.

The Pure Pils pairs well with steamed crabs, seafood, fried chicken, mild cheeses, salads, Asian food, Mexican food and spicy foods — and summertime and outdoor events, according to Evo. (And if you’re looking for something a bit heavier, try the special release Lot No. 10 double IPA at the first-annual Lot No. 10 Beer Festival on June 15.) 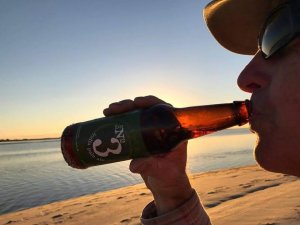 Pretty much all of Crooked Hammock’s brews are meant for easy, beachside drinking on a mild summer’s day — and many of them are sold in cans, so you can easily throw them in a cooler and bring them on your next outdoor adventure — but if you’re looking for something new from them, try the Beach Escape Session IPA.

New this May, the Beach Escape is brewed with tangerine peel and a blend of Cascade Citra and Pacifica hops, and rings in at a “crushable” 4.5% ABV. Golden in body, light, citrus-forward and with medium hop aroma, Crooked Hammock recommends pairing this double dry-hopped session IPA with sunshine, sand and cookouts.

3rd Wave gets its name from the coveted third wave in surfing; waves come in sets of threes, and the third wave is always the best. Like Crooked Hammock, 3rd Wave’s beer is made to be taken on surfing/swimming/lounging-on-the-beach expeditions, although their surf-themed taproom in Delmar is also a fun and friendly place to spend a summer afternoon.

All of 3rd Wave’s house beers and crushable, seasonal sours are respectable options for a casual summer day, but if you can only pick one, the BeachBreak Apricot Wheat is a classic choice. Brewed with apricot fruit puree and equal amounts of American two-row and wheat malt, the BeachBreak is an award-winning beer with an ABV of 4.8%. It pairs well with stilton cheese and fresh salads. 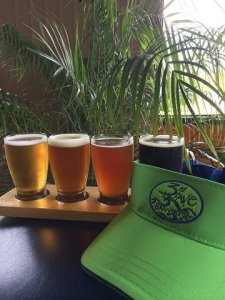 All of Backshore’s beers are beach-friendly brews, because Backshore is located right on the beach, directly on the Boardwalk at 10th Street. You can’t go wrong at Backshore, and no stroll on the Ocean City Boardwalk is complete without a stop in their bright and colorful taproom.

If you happen to be in town for the 2019 OC Air Show June 15-16, set up your viewing spot on the beach near Backshore and hit the brewery sometime over the weekend for their Danger Zone Triple IPA. Danger Zone bursts with massive hop flavor and aroma, and like the Blue Angels, it’ll take your breath away… But be careful with this one, because unlike the other beers on our list, the Danger Zone has a super-high ABV at 12.3%.

Bimini Key is another classic, summer staple that’s always a hit at Shore Craft Beer Fests no matter what the weather — although it definitely pairs perfectly with hot summer days. Bimini Key was inspired by the beers of the Bahamas, mildly hopped and infused with key limes and, according to Fin City, “made to capture the essence of Ocean City-based boat builders.” Take a few cans of this light, 4% ABV beer on the boat, or just lounge in the sand and watch the boats go by while you sip. 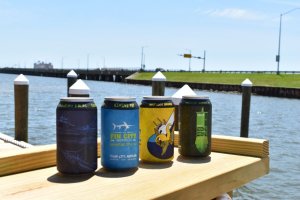 Is it a milkshake? A smoothie? An IPA? Or a dreamy, tropical mix of all three? Big Oyster’s Pineapple Dreamsicle is very much an IPA, but it’s creamy and delicious enough to serve as an after-dinner dessert. It’s a juicy “pinahopcolada” triple dry-hopped on Mosaic, El Dorado and Simcoe hops with an ABV of 7%.

There isn’t a flavor more refreshing than mint, and Tall Tales’ Impeachmint Saison is as refreshing as it gets, with peach and mint flavors and a dry finish, 6% ABV and 15 IBU. Stop in Tall Tales’ Parsonsburg restaurant and brewery on the way to the beach, but don’t be surprised if you end up spending the day on their outdoor patio instead of in the sand. Tall Tales also has a wide variety of sour and fruit brews in their Liquid Denial series that are all supremely sessionable and summertime-friendly.

Some say that the Impeachmint tastes a little like toothpaste, but what’s more refreshing than that? Wash it down with some Listerine for a really perfect pairing. 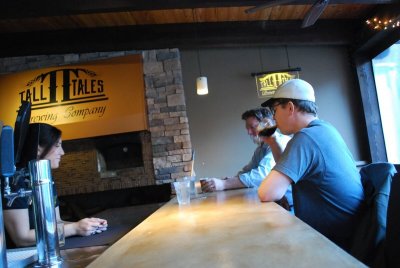 You’ll have to wait until June 20 to get your hands on this beer when Brick Works releases it in their Smyrna taproom, but the wait will be worth it — Tropicana in My Pocket, a fruited, lactose sour infused with peach, mango, apricot and pineapple puree is back by popular demand and returning for its second summer on tap.

Be one of the first 144 people at the release party for this special, fruited sour and receive a commemorative glass and fill for $8 and refills for $3 until 7 p.m.

Burley Oak’s High Whhheat has a subtle pink hue that perfectly matches summer sunsets on the Shore. The light-bodied wheat ale is brewed with organic hibiscus and English lavender and has an ABV of 5.8%. Enjoy it in Burley’s new, expanded beer garden outside of their Berlin taproom for the ultimate relaxed summer evening with friends.

And here’s a Bonus No. 10: We can’t forego mentioning Dogfish Head’s Lupu Luau, since it’s cozy is in our cover photo – it was a big hit at last year’s Shore Craft Beer Fest: Chincoteague. Lupu Luau is a pale, coconut-centered ale brewed with flaked barley, rolled oats, toasted coconut, dehydrated coconut water and an experimental hop variety. The lupulin-loaded beer has an ABV of 7.3% and 45 IBU.