As someone who has grown up on the Shore, who has seen firsthand how a brewery changes a place and has now lived in two towns with a brewery, I can say that having one in your community completely alters the pace and profit of life.

I grew up in Salisbury, Md. but now I live in Berlin, Md. As a kid, I remember long, hot afternoons when, coming back from the beach at Assateague National Island Seashore, my mom would insist we stop at what would eventually be called “America’s Coolest Small Town.” That was long before the building and opening of the now wildly popular Burley Oak Brewery.

To be fair, I was a child and walking up and down Main Street and ducking into tiny, quaint and eclectic shops was not my scene. (Now as a 31-year-old woman it’s a weekly occurrence.) I recall it being lovely but painfully quiet. When Burley Oak did eventually come to town, things changed. Berlin will always be popular for its eccentricity, likability and its Gilmore Girls-esque “Stars Hollow” feel, but bringing in the brewery breathed new life into the area. 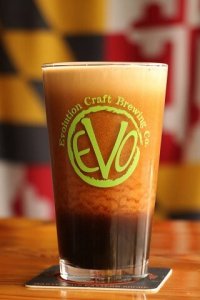 Salisbury was similarly quiet and then Evolution Craft Brewing Co. (Evo) took up residence in what was once an icehouse in the downtown area. It immediately became a mecca for craft beer lovers. It broke the monotony of going to the same restaurants, eating the same food and drinking the same drinks repeatedly. Suddenly there was a place worth going out to, and many people my age (in my mid-20s at the time) opted to spend the money and venture out instead of having a drink at home.

Like Burley Oak, Evo is now on tap in restaurants spanning the city and even surrounding states. Most of the area festivals and major events, from golf tournaments to galas, often with high ranking business professionals or community leaders, feature their beer. You can buy their products in stores all over the Eastern seaboard; their labels proudly feature the name of the town where the beer was made. Having a brewery puts a town on the map.

This is a case in point to how often rural areas are struggling financially and building breweries help revive them. This doesn’t necessarily just apply to beer; small town’s niches are often in the country’s growing creative and artisan economies. But putting up breweries means creating new jobs for brewers, graphic artists, bottlers, bartenders, delivery people and waitstaff at breweries with attached restaurants and public houses; it also benefits farmers growing the hops and fruits, vegetables, botanicals and more that are used in experimental beers. The message is simple: make local beer and the community will grow and thrive.

Breweries attract new, or in some cases returning, blood to the towns where they reside. Where once I only saw “older” people strolling in downtown (like my mother who dragged me from shop to shop), more and more I see people in their twenties and thirties — people who left for college and came back to live in the area as it began to thrive. These are people wanting to bring their families as well as their trades, skills and businesses to an area they see as prosperous and trendy. The things that they loved about where they chose to go to school or relocate are suddenly popping up here on Delmarva. Food trucks? Check. Yoga studios? Check. Breweries in their hometown? Check, check, check. (Sometimes all three at once.) I’ve heard people say that they chose to move down to the Shore for its “cool” factor and boundless amenities.

Can releases bring visitors from all over the country, which I talked about here. It’s common to see license plates from a panoply of states lined up and down the street from my house in Berlin when Bryan Brushmiller, founder of Burley Oak, does his monthly releases. Visitors from far away are likely to linger for longer than it takes to buy their haul of beer; they usually appear later in the day in the restaurants and shops around town, or in hotels in the surrounding area.

Featured at local festivals (like the Fiddler’s Convention, Downtown Salisbury Festival, National Folk Festival, etc.) because of their seamless pairing with street food, craft beer scores major points with travelers who came for the entertainment but want to get the full experience of the area as well. Trying something completely homegrown adds to any vacation experience. Ocean City’s breweries, like Fin City and Backshore, add a definite enticement factor for the more offbeat-minded looking for something beyond the commercial beers like Miller and Budweiser found in endless bars and restaurants.

There is clear evidence that taprooms serve as community meeting spaces as well. You are likely to make a new friend or run into a colleague while sampling the latest from your local brewer. Communication and comradery are made easy by the simple fact that you are there for the same reason and you like the same things. Craft beer culture has a major social media presence and it’s not uncommon for people in the beer trade to become “friends” online after bonding over a beer somewhere off the beaten path. Where once a brewery was a stop on the way to some other destination, now it is the destination, and that makes the town where it is located a destination in itself.

Small towns have an advantage when it comes to freshness and that coveted “farm-to-table,” or in this case “farm-to-glass,” mentality. Everything can be sourced locally and produced in-house. The more local, the more attractive it is to potential customers. People have veered away from the commercialism of conventional corporate breweries. The smaller, the more artisanal and the harder to get, the more they want it and the more they’ll pay. Not to mention, you can’t get much fresher than right down the street. (My fiancé and I are about a quarter mile from Burley, and a tenth of a mile from Burley Café. We ride our bikes there.)

A lot of beer makers don’t stop at just the home base of the brewery for their business. As it grows, they open new restaurants, brewpubs, gastropubs and cafés. This is clever in several ways. One, they get to expand their business out further into the community to those who may not be into the physical brewery scene. Two, they can work with chefs and restauranteurs to add a food element to their reputation. And third, but not lastly, they can increase their visibility and boost the economy of the area by employing more people.

I think it’s important to mention that one of the things about being a person who lives in a community with a brewery, a specific determining characteristic, is that we tend to be extremely proud of our town’s beer. We spread the word wherever we go about trying out a favored IPA or stout that just came out from around the corner. It is generally considered to be a cool, sought after thing to have a brewery near your home. More than once in a bottle shop or liquor store, overhearing a group of people trying to figure out what they’ll be taking home, I’ll say, “this beer is from the place where I live. You have to try it.”

Living in a brewery town is an experience that I’d recommend to anyone. I absolutely love being able to ride my beach cruiser down to Burley, pick any restaurant when visiting family in Salisbury and get a beer that was brewed just a few miles away. There is a constant influx of things to do in brewery towns, new businesses to try and new faces to meet as they come to taste local beer firsthand. As the internet will tell you, “if you brew it, they will come.”