MILTON, Del. – Blood Bank of Delmarva is pleased to announce that the Blood for a Brew Tour is back with the Summer Kick Off scheduled for 5 p.m. to 8 p.m. Thursday, May 19 at Revelation Beer Garden at Hudson Fields.

BBD leadership decided to bring back the Blood for a Brew Tour in order to raise awareness of the need for blood during the difficult summer months similar to the inaugural tour in the summer of 2021.

All of the breweries and establishments from last year have returned, including Revelation, Dogfish Head, Big Oyster Brewery, Tall Tales, Crooked Hammock, Two Stones Pub and Camp Adventureland. All of the breweries helped BBD repackage the “pint for a pint” theme.

New to the fold this year is Liquid Alchemy Beverages. For the second year in a row, TD Bank will serve as the primary sponsor of Blood for a Brew.

Among other things, Blood for a Brew in 2021 attracted a new and younger demographic to BBD. Key metrics include:

“We are so happy to partner again with our famous, local breweries for the Blood for a Brew Tour this summer,” said Patricia Killeen, Senior Executive Director of Blood Bank of Delmarva. “They raised so much awareness about the constant need for blood.”

“Perhaps most endearing of all, was the fact that when we reviewed last year’s campaign these breweries wanted to make sure we collected enough blood for hospital patients,” Killeen added. “And we cannot thank TD Bank enough for maintaining its sponsorship of Blood for a Brew.”

The Summer Kick Off will be preceded by a blood drive from 11 a.m. to 4 p.m. at Revelation Beer Garden at Hudson Fields, 29763 Eagle Crest Road, Milton, DE.

Then, the fun begins at 5 p.m. and will include music by West of One Band and fare by Tipsy Flamingo Food Truck. Bring your own chairs or sit at the Hanger Beer Garden! 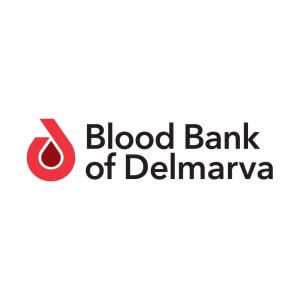