When you work at the beach, summer doesn’t seem as short as it does when you play at the beach. With its spot on the boards, Backshore Brewing stays busy all year, but from June through August it is a little insane. Usually. Recent months have been a little less insane because they were able to bring on Mary Linz to run the bar.

“So far she’s been the only one we didn’t scare off,” said Nate Todd. In broad terms Nate is the manager but specifically he does pretty much whatever needs doing from putting campaigns together to pouring beers.

Backshore had had several bartenders come and go over the summer which kept Nate and head brewer Mat Shockley running like mad. If Mary doesn’t bring stability, she at least brings the pretense of it. Her presence allows Nate and Mat the opportunity to get a little more experimental in the brewery, especially now that the season is over.

Unlike the regular restaurant business, breweries can’t make it as part time endeavors, so as the winter goes on, so too does the brewing. The traditional line of thinking says that if you’re going to bother to be there brewing, you may as well be open and serving beers. There aren’t a ton of barstools in the brewery, but with the weather as fine as it has been, it’s great to sit outside and enjoy the scenery. 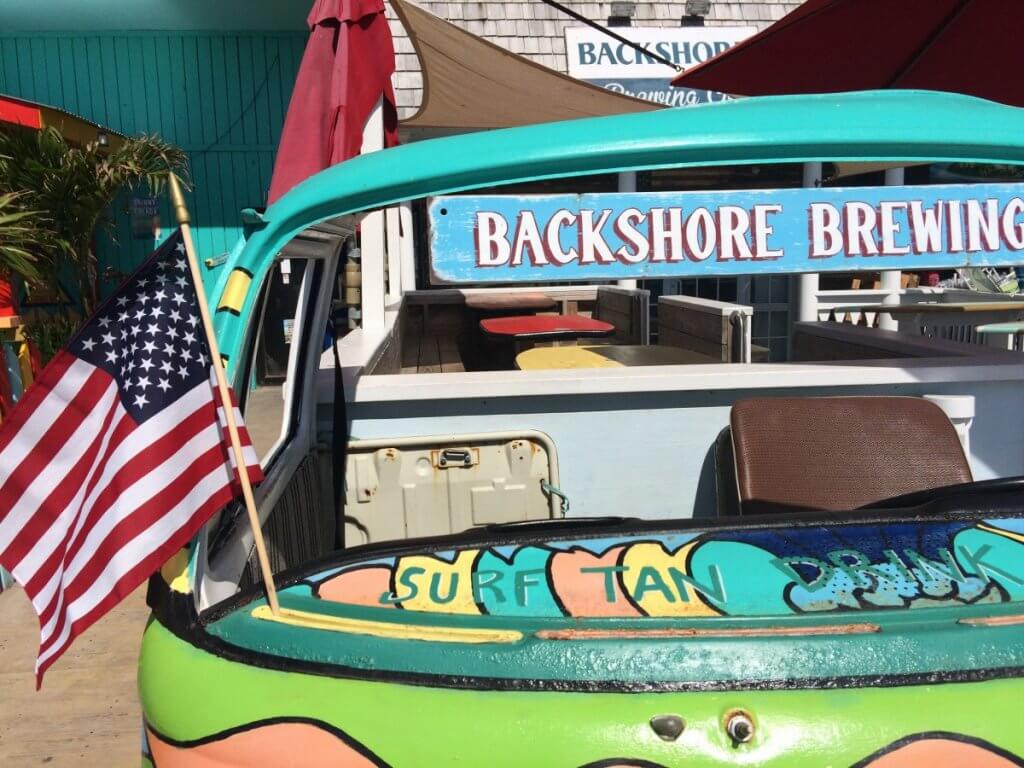 At the most recent weekly tasting on our Facebook Page, we got to meet Mary and talk about some of the new beers they’re working on. Since autumn is in full swing, and Mary has everything at the brewery under control the guys are heading out.

The cool thing about hanging out with the Backshore folks is you get a little insight into what they have coming up. Plus, since the brewery is so small, you can try a new beer pretty much every weekend. he Oktoberfest brewers Bernie Livingston helped make the beer and it will be on tap there for They already have released their Oktoberfest beer. If you’re not familiar, Oktoberfest beers traditionally are a little maltier (that’s sweeter) and a nice amber color. They came to popularity in Germany hundreds of years ago when there were parties to empty the spring kegs of beer so they could be filled with the autumn beers. Great excuse for a party.
Other highly anticipated releases include a molasses porter, an apple-spice ale called “Hoodie Weather” and, just in time for the cold weather, a peanut butter chocolate imperial stout.